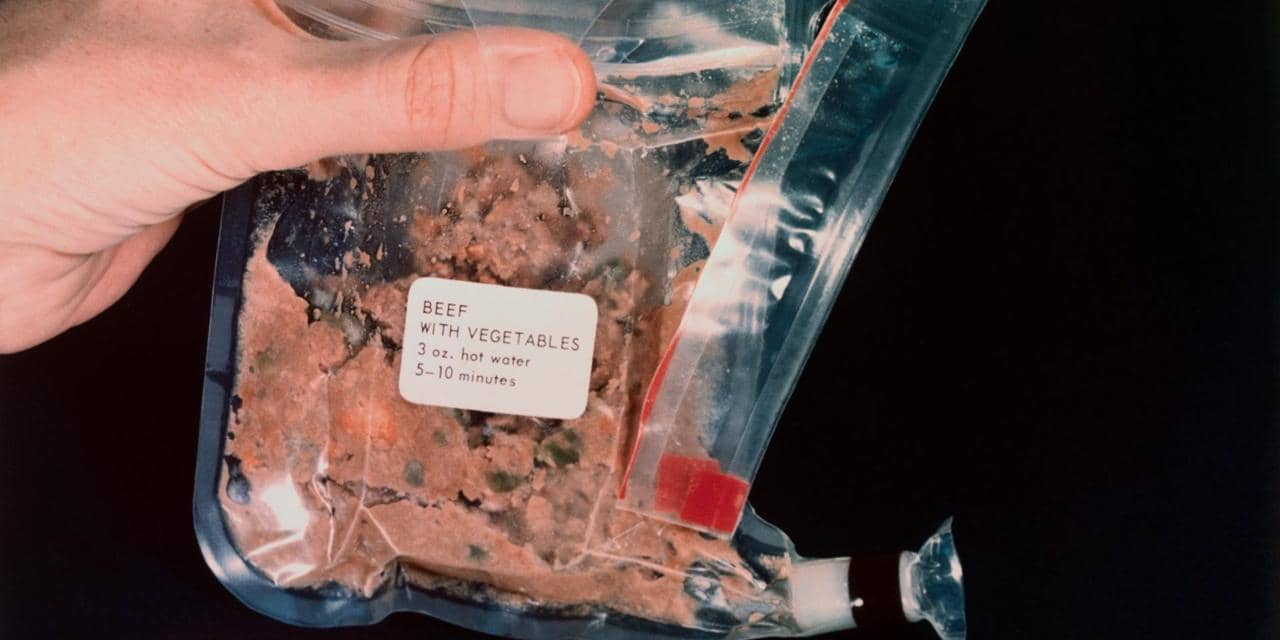 We bring to you Apollo missions in terms of food! Let’s get started, shall we?

Breakfast Steaks Weighed In At 170 Grams

Each Nasa astronaut since Alan Shepard in 1961 has been enjoying a proper breakfast meal before blast-off. All of the pre-flight Apollo meals were prepared while keeping in mind the nutrition, calories, and the fact that the food should be low residue. This meant food that was comprised of low-fiber meals that would make sure that the astronauts didn’t have to go to the washroom soon.

The earlier missions had a cap on the coffee intake before lunch owing to its diuretic properties. Shepard’s Mercury flight was to last for only fifteen minutes, and this led the doctors to assume that he could avoid urinating until splashdown. However, they didn’t factor in the countdown delays. According to reporter Jay Barbree, ‘They put Alan Shepard on top of his rocket without a way to take a leak. After two hours, he starts complaining and desperately asks for permission to wet his suit – finally they gave him permission.’ Although the astronaut was relieved, the medical sensors went haywire.

For Apollo missions, astronauts that were flying in the Apollo spacecraft relied on personal urine collection devices similar to a condom that was connected to a disposal system. The final phase was the ejection of the waste from a port that was situated on the side of the spacecraft.

Daily Calories Consumption Was Fixed At 2,800

The very first American to enjoy a meal in space was John Glenn. It was during his five-hour flight that he used a tube similar to toothpaste tube of apple puree and proved that it was possible to swallow and digest food.

During the Apollo mission, astronauts were also able to perform the limited exercise in the capsule and were also exerting themselves on the Moon. That is when the calorie-count was increased from 2,500 to 2,800. The foods were tastier for Apollo missions, and the water gun was supplied via the spacecraft fuel cells – offering hot and cold water.

The pantry of the Apollo spacecraft was filled with snacks. It had six portions of pineapple fruit cake along with packs of brownies, chocolate cake and jellied fruit candy. In fact, for those who wanted more, the Apollo spacecraft also had cheese cracker and BBQ beef bites. Apollo astronauts were also allocated 15 packs of chewing gum with four sticks in each.

A typical dinner during Apollo 17 mission comprised of the main course of chicken and rice. This was followed by butterscotch pudding and ‘Graham Cracker Cubes’. All of this was washed down using instant coffee, cocoa, lemonade, or tea. Today’s missions even have fresh fruit and vegetables available for astronauts.

There Were Zero Shots Of Brandy Consumed

The crew of Apollo 8 were making their way back from the Moon and had a special surprise ration package waiting for them from the head of the astronaut corps, Deke Slayton on Christmas Day 1968. Mission Commander Frank Borman said, ‘It was a new type of food packaging that we hadn’t experienced before. We had our best meal on the flight on Christmas Day – I was really glad to experience turkey, gravy and all the works. He also smuggled on board for us three shots of brandy. But we didn’t drink that. If anything had gone wrong, it would be blamed on the brandy, so we brought it home. I don’t know what happened to mine – probably worth a lot of money now.’

For those who want to know; consumption of alcohol on International Space Station is banned because it can wreak havoc for the station’s complex water recovery system.

When Neil Armstrong, Buzz Aldrin, and Michael Collins made their way back from the Moon, they were kept in the Mobile Quarantine Facility to make sure that they didn’t bring any possible Moon bugs. Despite featuring comfortable chairs, a toilet, and a shower, and bunks; it had very less room for cooking.

This led NASA to come up with an innovative solution. Bob Fish, a trustee of Hornery, said, ‘This is the original countertop microwave oven, developed for the Apollo programme. Nasa went to Litton Industries who had developed giant walk-in microwave ovens and asked them to shrink it down so that it could be fit inside a place like this. So, they shrunk it down, and the first time the guys tried it they put some eggs in there, and they hit start – it just exploded the eggs because they hadn’t shrunk down the power they only shrunk down the size.’