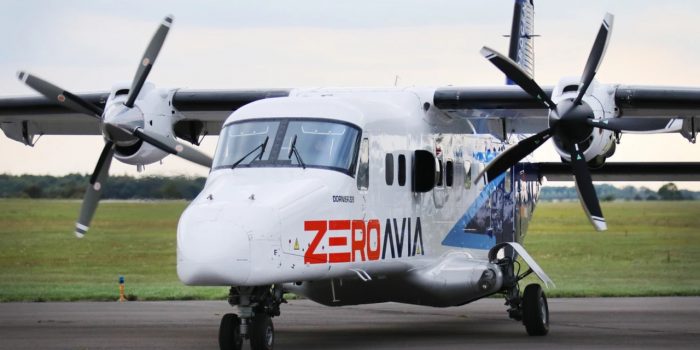 ZeroAvia flew the largest aircraft in the world to be powered by a hydrogen-electric engine, marking a significant advancement in zero-emission flight. The pioneer in zero-emission aviation launched its 19-seat Dornier 228 testbed aircraft into the air for its first flight. The aircraft’s left wing has been retrofitted with a full-size prototype hydrogen-electric powertrain.

The 10-minute flight left from the firm’s R&D center at Cotswold Airport in Gloucestershire, United Kingdom. The historic flight is a component of the HyFlyer II project, a significant R&D initiative supported by the UK Government’s ATI Program that aims to develop a 600kW powertrain to support 9–19 seat aircraft with zero-emission flight throughout the world.

Every system on the aircraft operated as expected. This is the biggest ZeroAvia engine that has been tested so far. It puts the company on a path to a certifiable configuration that will be finished and submitted for certification in 2023. This program also serves as a key to enabling quick technological advancement for larger aircraft.

The clean engine technology will be scaled for up to 90-seat aircraft under ZeroAvia’s ongoing 2-5 MW powertrain program, with further expansion into narrowbody aircraft demonstrators over the next ten years.

ZeroAvia is currently focused on achieving its certifiable configuration to start offering commercial routes by 2025. Several test flights for the Dornier 228 will depart from Kemble, and later demonstration flights will depart from other airports.

“This is a major moment, not just for ZeroAvia, but for the aviation industry as a whole, as it shows that true zero-emission commercial flight is only a few years away. The first flight of our 19-seat aircraft shows how scalable our technology is and highlights the rapid progress of zero-emission propulsion. However, this is only the beginning – we are building the future of sustainable, zero climate impact aviation,” said Val Miftakhov, Founder and CEO of ZeroAvia.

In addition to an engine order from American Airlines, a partnership agreement with OEM Textron Aviation, and infrastructure partnerships, ZeroAvia has recently experienced significant commercial momentum.

With 1,500 engines on pre-order, seven aircraft manufacturers, and many fuel and airport partnerships, ZeroAvia is well-positioned to guide the industry’s transition to a clean future.