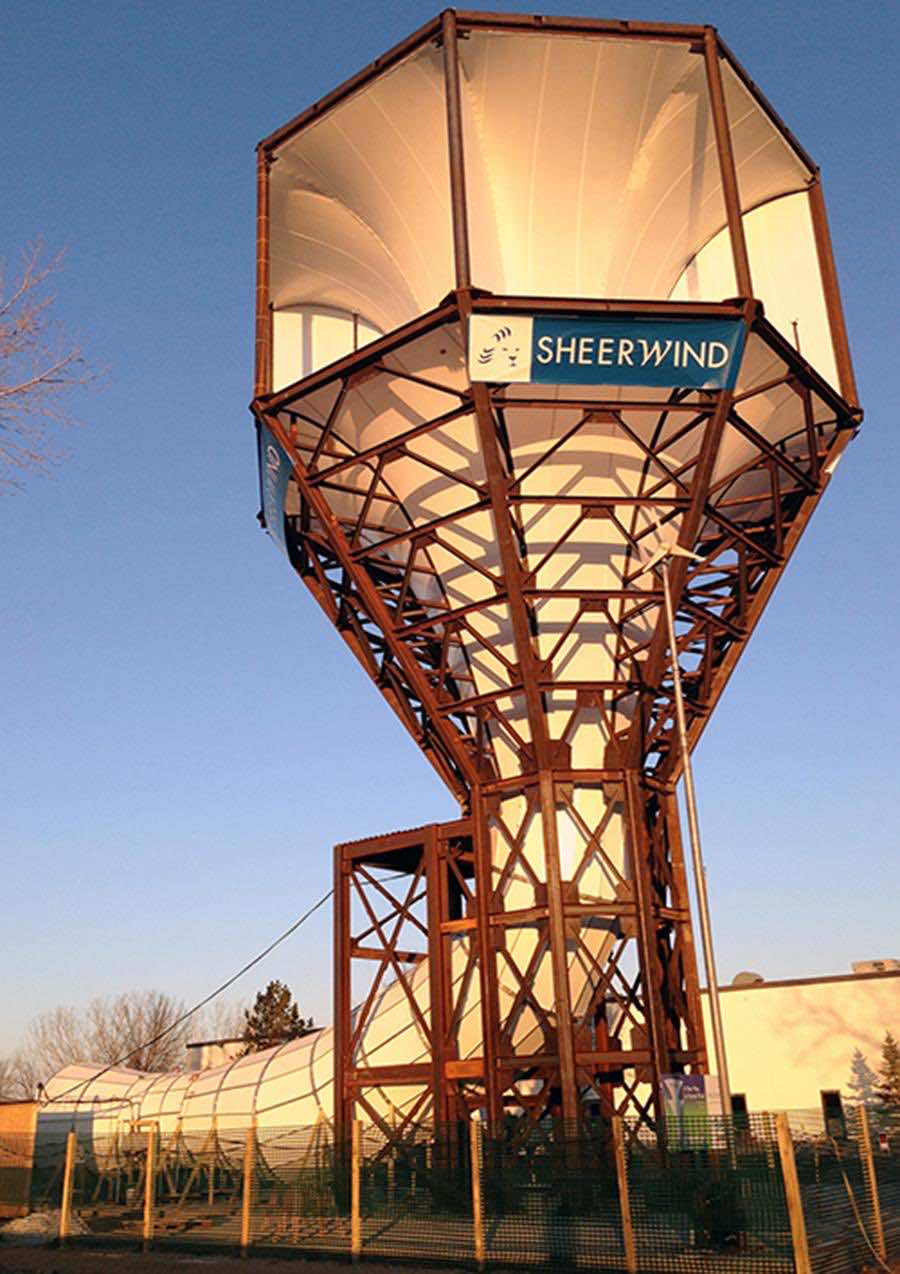 We are going through an energy crisis and scientists are busy looking for renewable energy sources. However, even among those that we have already explored and used, there is a lot of room for improvement. For instance, look at the windmills which make use of wind energy to generate power. While they are a great invention when it comes to harnessing wind power, they pose quite a threat to the birds and aesthetically speaking, not so pleasing to see on the landscape. This is where the highlight of this post comes in. This new windmill comes from Sheerwind, a Minnesota based company, and it does not rely on blades to harness wind energy. This wind turbine makes use of funnels and tubes to harness wind energy. The Invelox turbine is capable of harnessing wind energy from winds which are as slow as 2mph and that is made possible by directing the wind into a funnel and then channeling it via a tube to the generator of turbine located on ground. Usually the wind turbine generator is situated on top of the tower. However, Invelox keeps the generator on ground and directs wind to it. The other obvious difference being that in conventional methods, wind energy is harnessed when it passes through the blades. With this design, that wind is captured via a funnel that leads to the generator.

So how is it done? Basically, the wind is made to pass through a passage which tapers along the way and hence, accelerates. This induced kinetic energy is then used to run the generator. The effect is known as ‘jet effect’ and is achieved by forcing the wind to blow down a passage which narrows at the end.  The end result is wind with increased velocity but low pressure. The technique is known as Venturi Effect and as per Sheerwind, by employing this technique, the wind turbine can operate even when the wind blows at 2mph. This particular design is capable of producing 600% more energy in electrical terms due to the low wind speed it is capable of operating on.  Sheerwind has also said that this system of theirs’ is scalable which means that it can be installed for smaller setups as well. Plus, the system will also reduce the risk that current system poses to birds and bats. Further details and requirements can be sent to Sheerwind on their website.

According to Sheerwind; ‘Conventional wind turbines use massive turbine generator systems mounted on top of a tower. Invelox, by contrast, funnels wind energy to ground-based generators.’ It further said; ‘’Instead of snatching bits of energy from the wind as it passes through the blades of a rotor, wind is captured with a funnel and directed through a tapering passageway that naturally accelerates its flow. This stream of kinetic energy then drives a generator that is installed safely and economically at ground level.’ This just might be the breakthrough which scientists have been attempting for, fingers crossed!