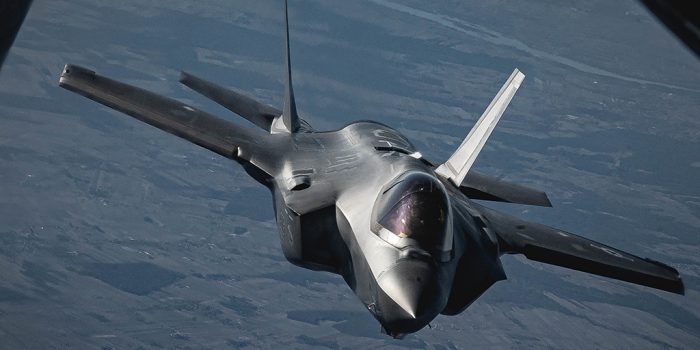 The F-35 Lightning II stealth aircraft operated by the United States Air Force, Navy, and Marine Corps will receive a new radar system named the AN/APG-85 as part of planned modifications. The renovations could be finished by the end of the decade.

“The U.S. Air Force, Navy, and Marine Corps are jointly developing and integrating an advanced radar for the F-35 Lightning II that is capable of defeating current and projected adversarial air and surface threats,” said the F-35 Joint Program Office JPO. “This advanced radar will be compatible with all variants of the F-35 aircraft.”

The AN/APG-85 radar was referenced a few times last year, but it remained a secret for the majority of the year. The radar designation made a comeback last month when the United States Air Force highlighted it in its unfunded priority list (UPL) presentation.

All three F-35A, B, and C variants will be undergoing a massive modernization effort over the next few years. Known as Block 4 upgrades, some of these improvements remain classified, but others are at the very least known to include a major upgrade to the jet’s Distributed Aperture System (DAS) and Electro-Optical Targeting System (EOTS), the integration of a host of new weapons like the GBU-53/B StormBreaker precision-guided bomb, and major enhancements to the aircraft’s electronic warfare suite. These are just some of the updates that are known about; tweaks to the airframe and stealth coatings are also possible.

Furthermore, before any of these modifications can be implemented, the F-35’s core processor, memory unit, and panoramic cockpit display system must be upgraded. The Defense Department is calling this project Technology Refresh 3, and it aims to replace the jet’s present computing system, TR-2, with one that can handle all of the additional hardware and software that will be integrated as part of Block 4.