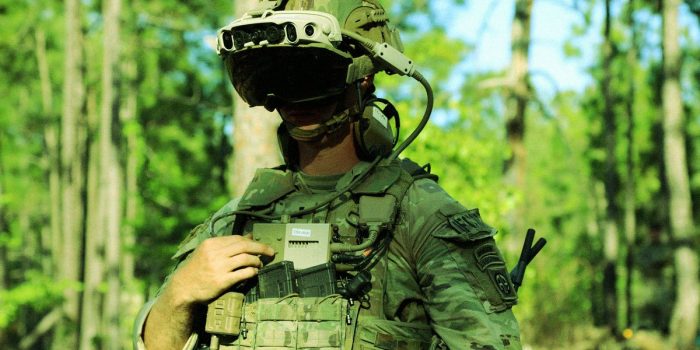 Microsoft has been awarded a contract to produce more than just HoloLens augmented reality headsets. Over ten years, the contract for over 120,000 headsets could be worth up to $22 billion.

The contracts have been viewed as validation not only of Microsoft’s augmented reality strategy but also of the AR technology’s overall viability. The goggles are designed to provide soldiers with real-time navigation and command information via a head-up display, as well as thermal and night-vision perspectives.

The US Army is putting HoloLens goggles through rigorous testing. Soldiers testing the headsets have complained about their “mission-affecting physical impairments” and say that wearing the goggles can cause headaches, nausea, and eyestrain. Acceptance of the technology “remains low,” says a summary prepared for Army and Defense Department officials and seen by Bloomberg, with soldiers complaining that the headsets don’t “contribute to their ability to complete their mission.” “The devices would have gotten us killed,” one tester said in the report.

Microsoft HoloLens failed four of six total evaluation events during a recent field test. Microsoft was floundering with two major components, low-light performance, and thermal imaging, earlier this year. HoloLens has seemingly struggled since the beginning. An audit by the Office of the Inspector General found that Microsoft never established minimum user acceptance levels to ensure that HoloLens would meet users’ needs, making it all the more likely that the company would ship a flawed or useless product.

Despite this, the Army remains enthusiastic about the future of HoloLens. According to Brigadier General Christopher, certain features of the HoloLens “fell short” and still require development. According to an Army spokesperson, the field test “has so far generally been considered a success,” and the service is dedicated to seeing HoloLens through.