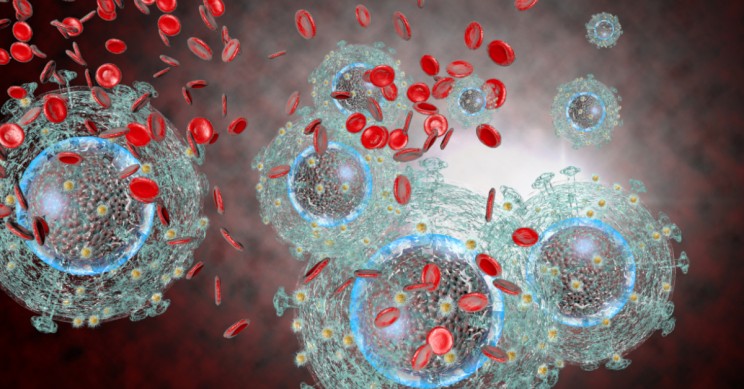 If endometriosis affects your life, you know you would try everything to manage the symptoms. What’s the worst part about this condition? It has no cure?.

This debilitating condition was highly researched in 2018, but scientists found few about its causes. Some of them claim that mutations in macrophages could be a cause for endometriosis. To come up with this conclusion, researchers from the Warwick and Edinburgh Universities tested on mice and found that a new treatment can target altered cells and improve the disorder.

Endometriosis is the condition in which tissue from inside the uterus grows and develops lesions outside it. The inflammation associated with the condition leads to pain with urination and bowel movements, painful intercourse and chronic pelvic pain. Sometimes, women suffering from this condition are infertile.

It’s stated that 1 in 10 women have this condition, but the researcher Merli Saare thinks no one can actually know how many women have it because it’s difficult to diagnose it. A simple blood sample doesn’t help doctors identify the condition. At present specialists diagnose it surgically. By using a laparoscopic procedure, the doctor removes lesions from the abdominal cavity and test them to confirm the disease. Often, removing the lesions relieves the symptoms, but doesn’t cure the condition, which often recurs.

Research is highly needed in the domain to help women deal with this painful condition. Until now this is what we know.

We noted earlier in this article that white cells could play a role in causing endometriosis. The scientists from the Greaves lab, now part of Warwick Medical School at the University of Warwick, along with collaborators at the University of Edinburgh found out that cells in the human immune system can influence the growth and activity of nerve cells in this disorder. They can generate increased sensitivity and pain in the pelvic area. The Medical Research Council funded this research because around 180 million women worldwide need a treatment for this condition, the excruciating pains affecting their daily lives.

Macrophages adapt their function according to the signals they receive from a certain area, so this disorder can modify them. The condition draws them into lesions and this is why doctors found them in high numbers inside the lesions they remove. The scientists have used cell culture from modified macrophages to observe how they evolve. It looks like they register an increased production of the insulin-like growth factor also known as IGF-1. The IGF-1 factor not only that influences nerves growth but also activates them and generates pain.

To confirm their conclusions, scientists also examined peritoneal fluid from patients with endometriosis and identified high concentrations of IGF-1. Women without the condition have lower levels of the same factor. This is the first time a study connects macrophages to endometriosis, but it can help researchers find a non-hormonal treatment because nowadays women rely heavily on hormonal solutions to fight the symptoms.

What are other endometriosis findings

Until a cure is identified, scientists try to find pain management alternatives. At present, women have access to over-the-counter pain medications, hormone therapies and surgery. Women with moderate to severe pains can use oral gonadotropin-releasing hormone antagonist to deal with their pain. Daily pills also work because they stop the production of oestrogen that contributes to the growth of endometrial scarring and painful symptoms. However, the GnRH antagonists have side effects not many women are willing to experience. They put their body into a state similar to artificial menopause, so it prevents them from getting pregnant. Other side effects include hot flashes, loss of bone intensity and vaginal dryness.

Surgery is one of the most effective treatments for this condition because it removes endometrial lesions and it stops symptoms. The Women’s Health journal states that surgery is successful at reducing pains, but sometimes the condition recurs even after surgery. With the patient’s consent, the doctor can treat endometriosis during the diagnosing procedure. A 2018 study involving 4000 people concluded that laparoscopic excision surgery can treat pelvic pain and bowel-related symptoms to endometriosis.

Scientists from the Netherlands run a clinical trial to find ways to improve surgery’ success. Now, surgeries don’t remove lesions completely, so symptoms often come back. Patients need a second surgery. The clinical trial is exploring an alternative, the use of fluorescence imaging to prevent repeated surgeries.

Non hormonal treatment for endometriosis is a step closer

As stated above, endometriosis lesions contain a high number of macrophages and the disease environment creates signals that influence the function of the immune cells. By reprogramming these cells women can treat this condition without having to use hormonal treatment.

Scientists had to dive into complex study to find out how to transform or replace uterine cells. A study from Northwestern Medicine reveals that we can replace cells causing pain or inflammation with healthy cells that are created from the patient’s own supply of pluripotent stem cells. The benefit is that the body doesn’t reject the cells and the transplant will have 100% success. More research is required on the subject but it can be a solution for the women who don’t want to experience the side effects hormonal treatment has.

Because the main cause of endometriosis is still unknown, researchers have started to ask if genes have nothing to do with the condition. Some studies have pointed out that the suppression of specific genes can play a major part. Scientists at Yale University revealed that microRNA Let-7b, a genetic precursor that controls gene expressions is suppressed in patients suffering from the disorder. If doctors would administer Let-7b to their patients they can relieve some symptoms. This treatment is at the moment effective only on mice, but the study shows records big reductions in lesions after mice were injected with Let-7b. Before testing the treatment on human patients, extensive research is required.

Endometriosis is treatable. The right treatment varies from a patient to another, but the latest scientific advancements prove that medicine is close to discovering a cure.