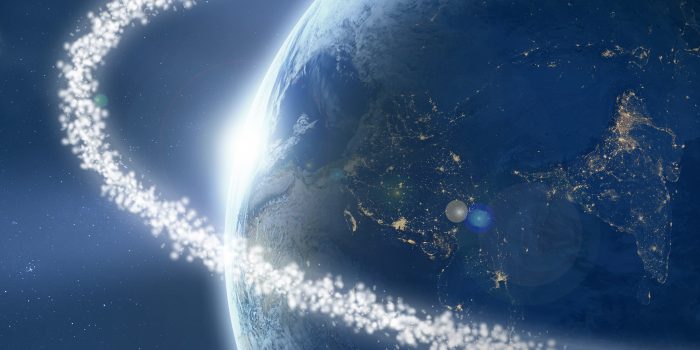 One researcher predicts that as more debris collects in space and surrounds Earth’s orbit, our planet will eventually create rings comprised entirely of space trash.

According to Jake Abbott, a robotics professor at the University of Utah, “Earth is on course to have its own rings.” They’ll be made of junk.”

Things could get so bad that Abbott says the Earth will soon resemble Saturn.

Space junk, or space debris, is becoming a serious concern, with NASA claiming that the Department of Defense’s global Space Surveillance Network (SSN) sensors are tracking over 27,000 pieces of space junk.

NASA also stated that there is likely much more trash in orbit that is too small to be detected but large enough to pose a threat to human and robotic missions. Since space junk travels at 15,700 mph in low Earth orbit — even a small piece of orbital debris can collide with a spacecraft and cause major issues.

The volume of space debris is predicted to increase dramatically as the commercial space economy expands. In addition, our planet’s orbit is busier than ever, thanks to companies like SpaceX deploying their own massive constellations of broadband-bearing satellites. As a result, we’re more likely to have knock-on collisions, which could result in more smaller space debris pieces.

Scientists are now working to find a solution to the problem. Abbot demonstrated how nonmagnetic space junk could conduct energy in a recent study published in the journal Nature. According to an analysis, Abbott and his colleagues believed they had found a solution by using controlled force and torque to halt spinning items, move them around, and eventually gather them. The findings, according to Abbott, could be related to collecting space trash orbiting Earth’s atmosphere.