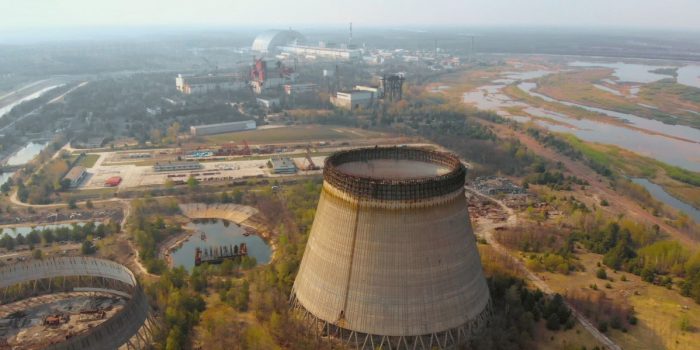 Exlterra (Excellence for Earth), a Swiss company focused on developing and commercializing environmentally sustainable technological solutions, partnered with State Specialized Enterprise Ecocentre (SSE Ecocentre), a Ukrainian state-owned specialized enterprise in charge of radiation and environmental monitoring in the Chernobyl exclusion zone, and successfully reduced radiation in the soil and air in Chernobyl.

According to a company statement, between November 2019 and September 2020, the Nucleus Separation Passive System (NSPS) technology was tested on a 2.5-acre (1-hectare) region, and radiation contamination levels in the soil and air were reduced by 37 percent and 47 percent, respectively.

While travelers can visit the site today, the radioactive contamination will take at least 24 thousand years to naturally decay. According to the test results, Exlterra’s new technology might cut that time in half, to around 5 years. To combat severe radiation pollution and speed the decomposition of radioactive components, the NSPS technology employs particle physics and nuclear energy ideas without the need for chemicals or environmentally damaging materials.

High-velocity particles, also known as positrons, are used in NSPS technology to direct this naturally occurring force towards radioactive isotopes in the soil and destroy the bonds that hold them together. The procedure is carried out safely beneath the soil’s surface, with no radiation discharged into the ground or the atmosphere. When a positron collides with a radioactive isotope, it recombines with an electron and annihilates the radioactive matter, returning it to its original state.

The full findings of the trial have yet to be released, but according to Frank Muller, CEO of Exlterra, they are on schedule to accomplish their long-term target of returning the installed zone to baseline or natural levels five years following completion of the installation. Muller explained that the 12-month reduction in radiation levels will allow them to return the land to its original state in five years.