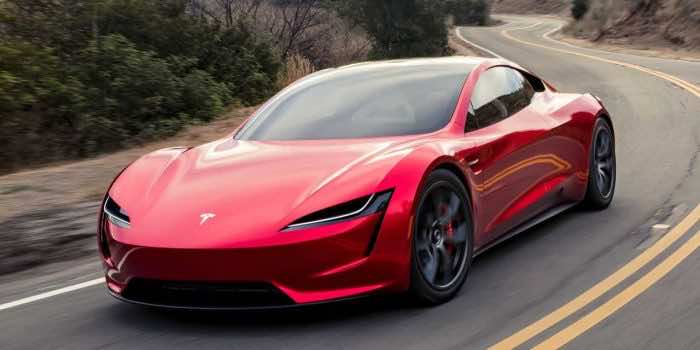 It wouldn’t be wrong to say that Tesla has come a long way in the manufacturing of electric vehicles and has left behind other competitors in this race through effective planning strategies, thereby keeping pace with the technological transformation. According to the reports published by the vehicle valuation and research company named “Kelly Blue Book” based in California, it has been found that Tesla has overshadowed the U.S market for electric vehicles with a whopping 75% share. It has been pointed out that Tesla has taken the biggest slice of the cake in just the first three months of 2022 by positioning its three electric vehicles, namely “Tesla Model Y, Tesla Model 3, and Tesla Model X,” in the top ten most selling electric vehicles in the U.S.

Tesla has recorded huge sales in the first quarter of 2022, accounting for dispatching 310,048 EVs to the public. There has been a huge demand for Tesla regardless of its high prices, and people even have to wait a few months before they get their hands on a Tesla. It has been observed that there is a considerable gap between the sales of the Tesla Model 3 and the Ford Mustang Mach E. Tesla Model 3 sold about 43,707 units of this model while Ford was able to attain sales of only 6734 vehicles. This clearly shows the popularity of Tesla among the public, and despite having a variety of options for other EVs, people still love to choose Tesla.

However, in 2021, there was a slight reduction in the market share of Tesla, down to 69.95%, due to the shortage of electric chips worldwide that were being deployed in the cars, but in the first quarter of 2022, it again hit the market with the highest number of sales, thus grabbing the majority of the market. We cannot imagine a market for electric vehicles without Tesla, as it has now become a household name and people can’t wait to reserve their EVs for the future. Having said that, Tesla is planning to manufacture around 1.5 million EVs by 2022 and is also planning to build a shed for cyber trucks and roasters in the market.

All things considered, it seems rational to conclude that a large part of the public wants to remain connected with Tesla because of its dynamic advancement in technology and the potential to keep gaining momentum with time.