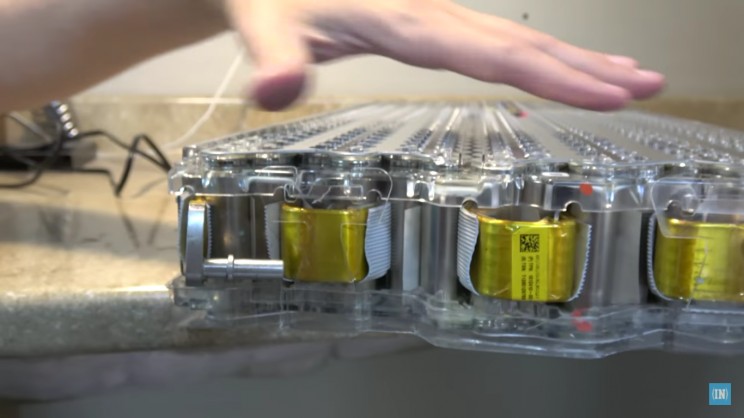 There is a cause for celebration for the Tesla fans after a relatively rough patch during the last few months. During his presentation at the Tesla shareholder meeting, Elon Musk used the word breakthrough for the company’s battery updates. This is both in terms of battery density as well as cost.

Tesla has a goal to create battery packs which only cost $100 per kWh. Reaching this goal will make the vehicles even more competitive than they already are with the gas vehicles on the roads. Joel Sapp, a shareholder asked on Twitter, “has Tesla broken the seal of $100/kWh?” during the shareholder meeting. Even though Tesla did not mention the actual cost of the battery, CTO JB Straubel responded to the question.

“It’s difficult for us to talk about specific cost numbers. It’s a difficult topic, but we are still very confident that we have the best price and performance of anything out there in the world. If there’s anything better, I don’t know about it and we have looked as hard as we possibly can. We try to talk with every single battery startup, every lab, every large manufacturer. We get quotes from them. We test cells from them. If there’s anything better, we are all ears, we want to find it, but we haven’t found it yet.”

Elon Musk jumped in by taking the microphone to answer the question directly.

“We think at the cell level probably we can do better than $100/kWh maybe later this year … depending upon [stable] commodity prices…. [W]ith further improvements to the cell chemistry, the production process, and more vertical integration on the cell side, for example, integrating the production of cathode and anode materials at the Gigafactory, and improved design of the module and pack, we think long-term we can get below $100/kWh at the pack level. Which is really the key figure of merit for a car. But long-term meaning definitely less than 2 years.”

Elon Musk also predicted that there will be a 30 % increase in volumetric energy density in no more than a couple of years and said that the technology “needs to be scaled and made reliable.” This is something that Tesla fans feels they can hold on to and it will give them something to look forward to in the future.

You can watch the video below to see what’s inside a Tesla battery: