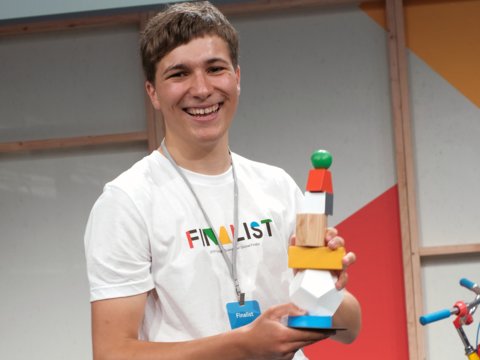 A teenager has recently won the Google Science award for a genius invention that can cost-effectively remove most of the microplastics from the ocean. Why is it such a big deal, though? Microplastics are very small. In fact, some of them are as small as grains of sand, and that is why scientists are having such a hard time determining how to remove them from the soil and the sea!

That is where an Irish teenager has stepped up with a promising solution for this task that appears to be impossible – a magnetic liquid that can attract microplastics towards itself. The eighteen years old Fionn Ferreira was out kayaking when he noticed that rock was covered in oil from a recent spill. A bunch of tiny pieces of plastic was clinging to the oil. Ferreira said, ‘It got me thinking. In chemistry, like attracts like.’

Plastic and oil are nonpolar; thus, they are more likely to stick together in nature. Ferreira wondered if the result could also be recreated by making use of ferrofluid – a magnetic oil-based liquid invented by NASA back in 1963 for the sake of keeping rocket fuel moving into zero gravity. Nowadays, ferrofluid is utilized for controlling vibrations in speakers and for sealing off electronics so that debris remains out.

Ferreira made use of a more environmentally friendly version of the liquid as opposed to the kind that is utilized in rocket fuel. He did so by making use of recycled vegetable oil and magnetite powder – a miner that is found naturally on Earth’s surface. Upon dropping the liquid into a container of water that is contaminated with microplastics, it disperses and then turns the water black. In the next step, he introduces a magnet into the water that pulls out the ferrofluid along with plastic and all leaving behind clear water.

With the Google Science award, Ferreira was won $50,000 and education funding for his invention.