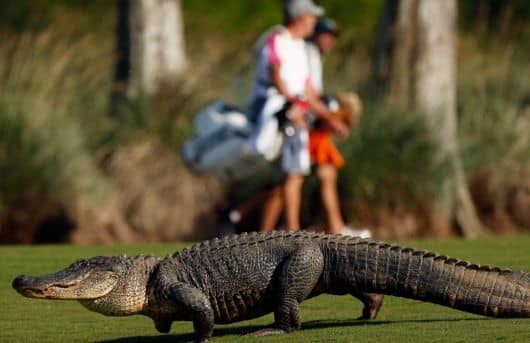 The Euro Cup 2016 finale was an intense game that was intensified even more by the presence of the Silver Y Moths that flocked the stadium and overran the game.

Here is a list of the other famous sporting events that were interrupted by the animals.

15. Suicidal Pigeons on the Infield

The pair of pigeons simply refuses to budge from the field.

He just couldn’t miss the game!

13. The Rabbit who ran the Football Field

That mind-blowing jump towards the end of the video is something!

12. The Dog who loves to play Ball

Maybe someone shouted: ‘Fetch!’ Mind you, it was an international match, and the dog remained on the field for a whopping eight minutes.

11. The Cat on the Football pitch

It saunters on the football field as if it is the most natural thing in the world.

10. Bird Flies into the path of the ball pitched by Randy Johnson

Let’s be honest, the chances of this particular instance were just insane, poor bird!

9. Bear Crashing a game in Alaska

This large and scary black bear just wanted to be a part of this game.

8. The Elusive Martin on the pitch

It ran the football field amok and even ended up biting the Zurich’s defender Loris Benito during the Swiss Super League game.

The poor little creature ventured onto the court and was scared by the activities going on around her.

6. The Creepy Snake on the Golf course

The Zurich Classic was invaded by this scary black snake.

The Zurich Classic appears to be the animal haven for creatures of all shapes and sizes.

As if poking their beaks at our crisps while we lounge on the beach was not enough for them, these greedy birds even want to take our golf balls away.

3. The Kangaroo who was a Racing Car Champ

There is nothing better than a Kangaroo hopping onto the race track as the cars whoosh by it.

2. The Bat who loved the fluorescent lighting of the D-Day Basketball Game

Don’t bats prefer dark environment? Well, there is always a black sheep, or in this case, a black bat in the family.

Apparently, the animals like to warm themselves on this particular road. Do you know any other instance where a sporting event was interrupted by an animal or bird? Let us know by commenting below!