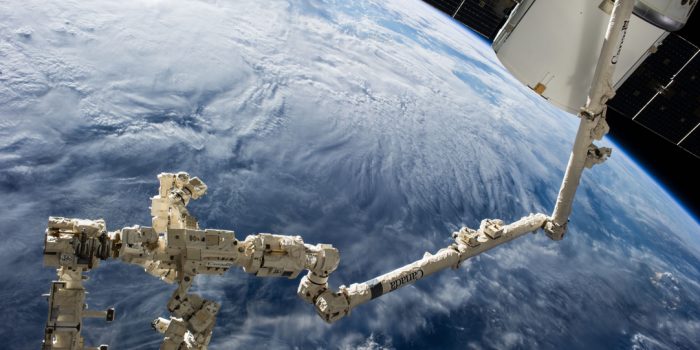 SpaceX’s forthcoming resupply mission to the International Space Station entails a series of scientific experiments. Starting from a small camera following astronauts’ health by scanning their retinas to reducing the strain of microgravity on plants using chemical compounds.

However, the most noteworthy feature is a robotic arm that aims to serve as a mechanical hand. The astronauts aboard the orbital outpost will be assisted by mechanized support during the course of their experiments.

Built by Japanese space robotics start-up GITAI, the robotic arm would display how the technology reacts in a state of microgravity.

On the success of the demonstration mission, GITAI longs to test its robotics in the bleakness of outer space. It will ultimately be a prelim for robot-assisted spacewalks and other extra-vehicular activities.

SpaceX resupply mission is considered a breakthrough in the field of robotics.

“This technology demonstration is to show the world that the capabilities necessary for automation in space are finally available,” said GITAI CTO Toyotaka Kozuki in a NASA statement. “It provides an inexpensive and safer source of labour in space, opening the door to the true commercialization of space.”

NEXT WEEK, the GITAI S1 Robotic Arm Tech Demo is currently directed to the ISS aboard a SpaceX Dragon capsule. A variety of tasks will be tested, including flipping switches, pressing buttons, and plugging in or unplugging cables.

The whole mission will be meticulously driven by teams all the way back on Earth. But, amid the mission, the robot arm going berserk and tearing out cables by itself is the last thing the ISS crew yearns.