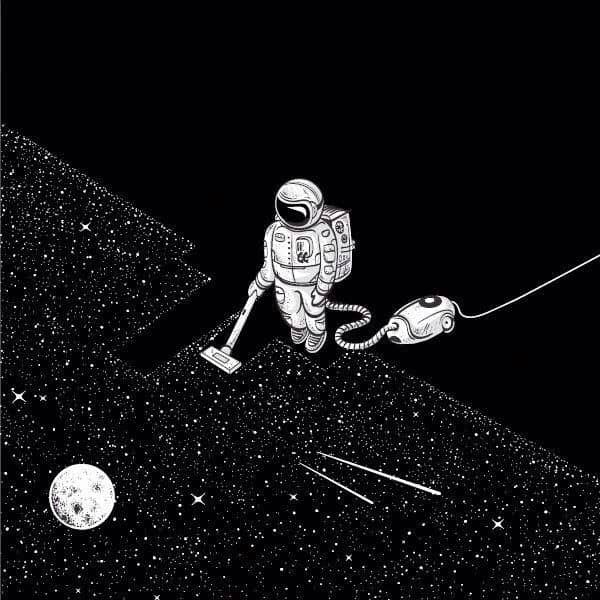 Are you the one who is constantly asking the same question from a universe that why it hasn’t sucked the life out of this planet yet? We wouldn’t have asked ourselves that question if it weren’t for the vacuum cleaners. Yes, the relation between the two is quite logical!

Let us solve this problem: Imagine you are standing at a sea level with a box that has no air; a vacuum is created inside the box. On poking a hole in the box, what would happen? The box will be filled with air, duh! Yes, the vacuum will not suck the air that is present inside the box. The real force at hand is the difference in air pressures. Air doesn’t care if the box has a vacuum inside or not, it will quickly follow its motherly instincts and rush to fill the box until the air pressure around the box as well as inside the box becomes relatively equal.

Similarly, the space vacuum is not going to suck the air out of the atmosphere. However, space gives room to some air, and less pressure is offered to the air. For air, moving to the space vacuum becomes a bit comfortable. The phenomenon is known as Earth’s Leaky Atmosphere or Jeans Escape.

The atmosphere allows the air pressure to vary across its layers. Air pressure is higher in the lower parts and vice versa. The amount of leakage of air into the atmosphere is very low, attributed to the lesser amount of air pressure in the upper layers. The lighter elements that are accused of atmospheric escape follow the Maxwell distribution for the kinetic energy of their molecules. This happens until the higher end molecules achieve the escape velocity and hence, successfully launch themselves into space. This is the reason why the helium and hydrogen, being the lighter gases, will easily escape as compared to carbon dioxide.

The most important point to note here is that the Earth has maintained the same atmosphere for a long time now. Think of that box again; it’s not like the hole has just been made now. Hence, whatever Quasi-equilibrium the earth has achieved with the entire solar system, it ensures that the earth gravity and atmospheric pressures were able to retain the atmosphere that we enjoy today.

Are we saved by the gravity and will we experience no air pressure changes anymore? No, unfortunately, that’s not the case. We are losing helium at the rate of 50 grams per second and hydrogen at the rate of 3 kilograms per second. Oxygen is a primary concern here. At the moment, the life-sustaining gasses like oxygen are consistently produced on earth, enough to keep us alive and breathing! However, future may need some remedies to deal with this issue.

Yes, your question was totally logical and possible!