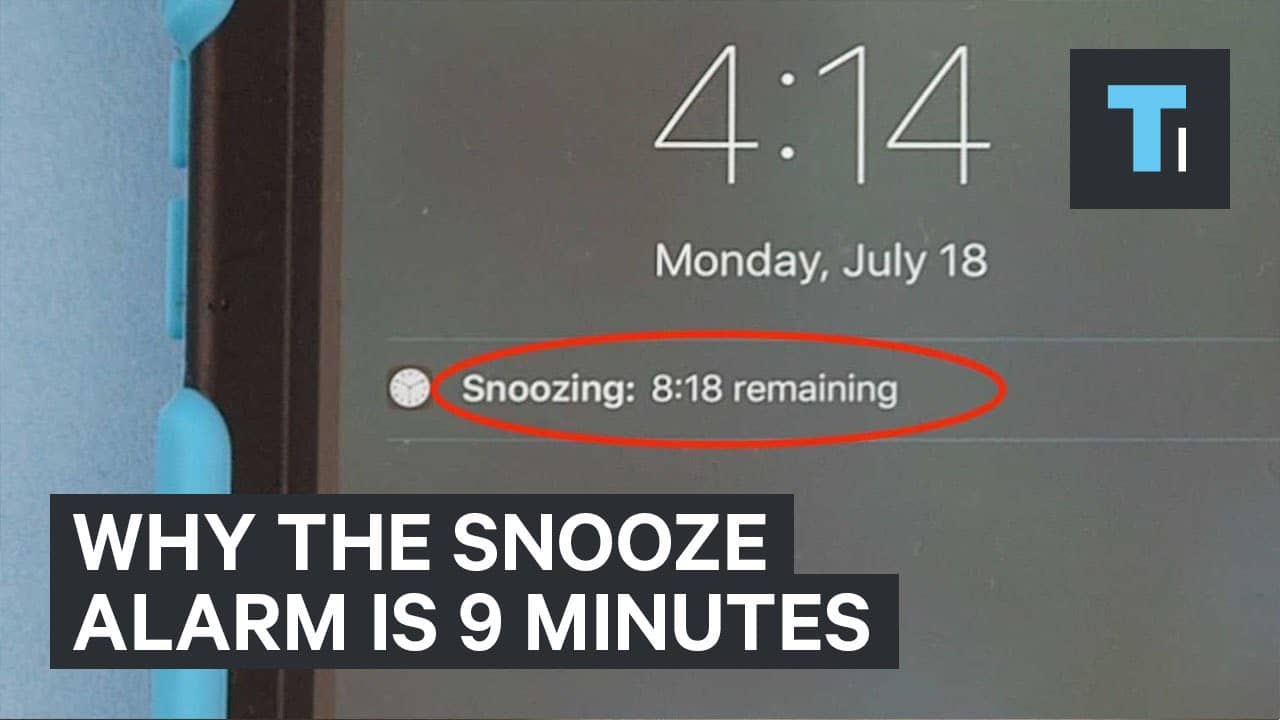 Advertisement
Hitting the snooze button is ridiculous, isn’t it? It’s like saying, I hate waking up so much that I might as well do it for a few more times. If you are in a love-hate relationship with your snooze button, it’s really not a surprise at all, most of us feel the same! So I will not try to make you feel better. However, I will say that maybe it is a good thing that it won’t let you sleep more than 9 minutes. Read more to find out the reason why only 9 minutes, and what is the logic behind this digit ‘9.’ It could have been a straight 10, simple and easy!

Although the digital clocks we use today allow us to set a snooze time as per our desire, However, that wasn’t always the case. The alarm clocks used to have a standard time of 9 minutes by default to let you go back to sleep and torture yourself again after exactly 9 minutes. We have engineers from 1950’s to thank for this smart choice. The engineers had to add the feature to an already-standardized clock. The spikes of the snooze gear had to sit well on the gears in the existing standard configuration. Hence, engineers had to choose between snooze times a little greater than nine minutes or 10 minutes. 10 minutes would be too much for a proper working of the concept of the snooze button. This is why the alarm clock by default will give you 9 more minutes to sleep.

But why it gives us such a short period of time to sleep? It is because the idea is not to let you fall back into ‘deep sleep.’ The body clock, a natural clock of your body, runs on a chemical cycle. When your body falls asleep, your brain releases serotonin that causes a soothing effect. Similarly, when you wake up, the brain releases dopamine to suppress the sleep. If you sleep more than 9 minutes after the first call by the snooze button, your body would release enough serotonin to fall into deep sleep. Hence, the engineers chose 9 minutes gear to allow people to wake up with ease and happiness, at least they tried!

Here are some more ridiculous yet logical reasons behind this choice of ‘9 minutes.’

You may find some of the reasons weird, but at least they explain your question. If you have any other theory, share with us right away!
Advertisement