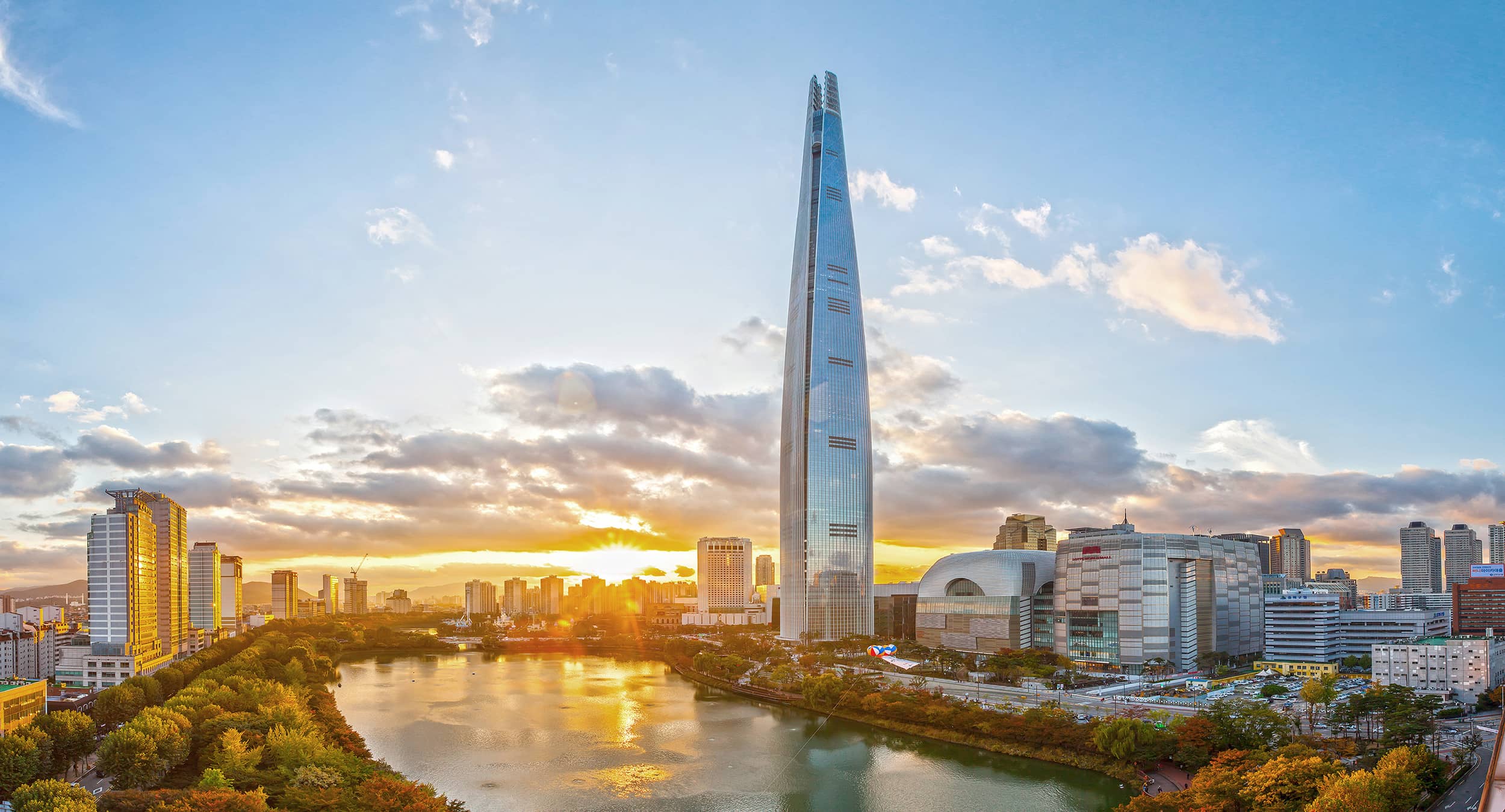 The capital of South Korea, Seoul has become house to a super tall skyscraper that marks its position at fifth in the list of tallest buildings in the world, eliminating the One World Trade Center from its spot. The newest Lotte World Tower standing at 554.5 meters (1,819 feet) featuring the world’s highest glass-bottom observation deck among other record breakers opened up on April 3rd to public.

The Lotte World Tower is a design by Kohn Pederson Fox Associates that is planned to receive LEED Gold accreditation for its solar-powered building design. The building is a masterpiece of Korean artistry with an interior inspired by Korean ceramic art, porcelain, and calligraphy with a touch of modern aesthetics.  The skyscraper boasts the world’s fastest elevator and the highest swimming pool in the building. The sky tearing tower is one place that deserves to be on your go-to list. As a bonus, you can visit the amazing Lotte World Theme Park in Seoul on your trip.