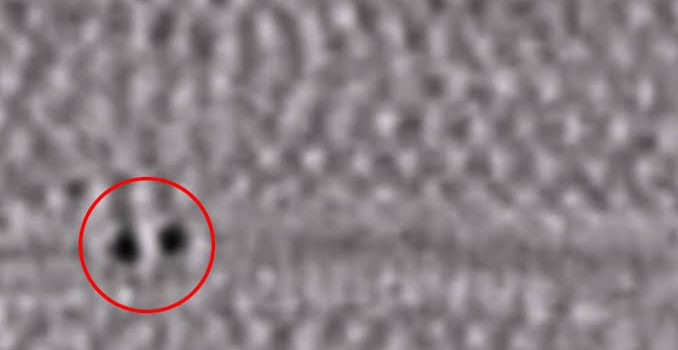 Were you someone who used to run away from Chemistry just because the subject flavored too dry? Or you are a quick learner-from-visuals? Well, either way, recently scientists have recorded the process of bond formation and breakdown for the very first time!

Nearly everyone knows that at the core level of everything, the building blocks are eventually atoms and molecules. The entire universe is standing today owing to the bonding between these microscopic particles. Scrolling our coursebook, and science journals, we do find images of these bonds and forces of attraction tethering them together, but the process hadn’t been recorded before now.

After this, it’s no more a ‘no’ now, researchers from the University of Nottingham and Ulm have captured the way the atoms form molecules and break them. If you’re a chemistry teacher, this would definitely be your next tool to engage more minds in your class now.

The methodology incorporated is what we call, Transmission Electron Microscopy, and the test particles were atoms of Rhenium, owing to its bigger atomic number. The visual clearly showed how two atoms formed a molecule Re2, moving in pairs through the nanotube. Eventually, they formed an elliptical shape, moving apart and breaking the bond.

Quoting Kecheng Cao, a contributor to the study, “It was surprisingly clear how the two atoms move in pairs, clearly indicating a bond between them, importantly, as Re2 moves down the nanotube, the bond length changes, indicating that the bond becomes stronger or weaker depending on the environment around the atoms.”

Another author, Andrei Khlobystov, says, “To our knowledge, this is the first time when bond evolution, breaking, and formation was recorded on film at the atomic scale. We are now pushing the frontiers of molecule imaging beyond simple structural analysis, and towards understanding dynamics of individual molecules in real-time.”

Generally, bonds are no bigger than 0.1 to 0.3 nanometers long, or some statistics say them to be 500,000 times smaller than a human hair, and it’s a difficult and tricky task to capture the formation of molecules on such a microscopic level. But this one could open up ways for a majority of students and researchers around the globe, assisting them in their studies and inventions. Moreover, there is potential to study the processes in varying surrounding conditions, or by using catalysts and capturing the trends they follow. There are countless possibilities of how this step could be put to good use and it all depends on the one extracting benefit.  You can watch the clip here: