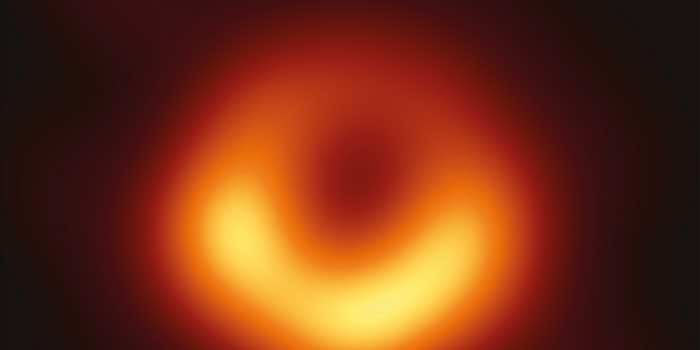 One of the enigmatic mysteries of the universe, i.e., the existence of a black hole, has finally been confirmed by a team of scientists from the “Event Horizon Telescope (EHT)” at a groundbreaking conference held by the Earth Science Observatory. Albert Einstein was the one who introduced the concept of the black hole in his theory of relativity, and since then, scientists have been making efforts to come up with concrete proof of its existence. We know that everything revolves around some reference point, just like our Earth, along with other planets, revolves around the Sun, which has a large mass. In the same way, there is a reference point for our Milky Way galaxy as well. This reference point measures its gravitational effect on its surroundings and is named the “Blackhole”. To accomplish this remarkable exploration, more than 300 international scientists and support personnel, including eight radio observatories, work together for this mission.

This black hole is named “Sagittarius A*” and, in the view of the research scientist, Dr. Jose L. Gomez, the Sagittarius A* is more difficult to capture through EHT than the M87*. He metaphorized this struggle as “It was like trying to take a clear picture of a running child at night”. Due to this, the image that has been making the rounds on social media and different astronomical websites is not a one-time taken image. Instead, it is a combination of tens of millions of images taken by radio telescopes worldwide. The reason for this is that this black hole is spinning at a much faster speed because of the gaseous molecules surrounding it, which makes it impossible to take clearer images. As a result, Sagittarius A* appears closer to Earth than M87*.

In the words of an EHT project scientist, “We were stunned by how well the size of the ring agreed with predictions from Einstein’s Theory of General Relativity. These unprecedented observations have greatly improved our understanding of what happens at the very center of our galaxy and offer new insights on how these giant black holes interact with their surroundings.” Moreover, the scientists at the EHT press conference on Wednesday declared that this telescope is the size of the earth due to its capability of covering the black hole from every angle which is about 27000 light-years away from the Earth and has a mass of about 4 million times than that of the sun.