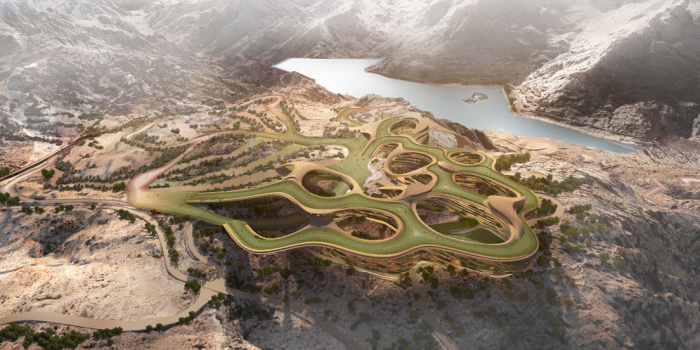 The most recent of Saudi Arabia’s infrastructure megaprojects is also highly controversial. Of course, we’re talking about Trojena, a desert ski resort.

Trojena will be developed in the northwest of the country, near Tabuku, a metropolis of roughly 500,000 people. Trojena will be a component of the $500 billion Neom megaproject, bringing wealthy clients to Saudi Arabia and providing them everything from diving in the Red Sea to cornering on artificial ski slopes.

“Trojena will have a suitable infrastructure to create the winter atmosphere in the heart of the desert, to make this Winter Games an unprecedented global event,” explained Neom chief executive Nadhmi al-Nasr.

The resort, which will “offer year-round outdoor skiing,” is being built around 50 kilometers from the shore of the Gulf of Aqaba in a mountainous location with heights ranging from 1,500 to 2,600 meters. It will be the country’s first location where outdoor skiing will be possible.

Trojena is also predicted to attract up to 700,000 winter sports fanatics annually. This project has already won the bid to host the 2029 Asian Winter Games. The Kingdom would be the first country in Western Asia to host the games.

Trojena is being designed by a global collaboration of architects, comprising the UK firm Zaha Hadid Architects, the Dutch practice UNStudio, the international studio Aedas, the German practice LAVA, and the Australian studio Aedas.

LAVA created the master plan and a tunnel-shaped development described as a “futuristic folded-vertical village” by Neom.

Along with the village, Bureau Proberts will build a man-made freshwater lake, while Zaha Hadid Architects will “come up with other design components,” according to Neom.

The Crown Prince of Saudi Arabia, Mohammed bin Salman, came up with the name NEOM, a mix of the Greek word Neo, which means new, and the initial letter M from the Arabic word for the future, mustaqbal.

The NEOM megacity will include a ski village, an artificial lake, ultra-luxury residences, and the Mirror Line.

The Mirror Line will be a vertical skyscraper. It will be composed of light-reflecting glass and large enough to house up to nine million people. It will be designed by Morphosis Architects, a Santa Monica, California-based firm, and will consist of two similar structures parallel to one another. It will be 168 kilometers long, 500 meters high, and 200 meters broad.

If constructed to those dimensions, the Mirror Line will be larger than the Principalities of Monaco and Gibraltar combined.

The linear city will have a yacht marina, shopping centers, luxurious houses, and a full-size stadium. As part of the NEOM project, it is estimated that the Mirror Line will cost more than $1 trillion when combined with Trojena.