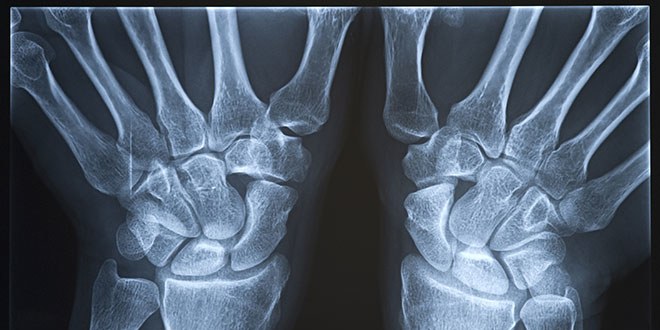 For about six thousand years, humans have been making use of metal for creating things on account of metal’s strength and toughness. A vast amount of energy is required for damaging metals. However, the other half of this picture is that you will also need huge amounts of energy for repairing the damage. The repair process involves melting the metal using the welding torches that are capable of reaching temperatures of 6,300 °F.

Penn Engineers have come up with a new technique that can help them to repair metal at room temperature. They have named this technique as healing because it is quite similar to how the bones heal; recruiting raw material and energy from an external source. The study has been conducted by James Pikul, assistant professor in the Department of Mechanical Engineering and Applied Mechanics and Zakaria Hsain, a graduate student in James’ lab. The study has been published in the journal Advanced Functional Materials.

Apart from the obvious energy costs that are linked with the existing process of repairing metal by making it melt into a more pliable form; there are some other components where such a repair approach is not even a viable option. For instance, melting takes out the complex internal structure of metallic foams – metals that have internal pockets of air. The arrangement of gaps and struts reduces the weight of the material while allowing to maintain the overall strength.

It was while looking for ways to repair such porous materials that Pikul and Hsain came across the self-healing materials that are developed using softer polymers and plastics. Pikul says, ‘The way people do self-healing today is they impregnate these polymers with different chemicals that, when that polymer is ruptured, are released and mix like an epoxy, gluing the material back together. That approach works for polymers because polymers can flow and are relatively easy to reshape at room temperature, but that means they have limited strength as a result.’

For healing metal foams that feature better structural properties as opposed to polymers, Pikul and Hsain commenced the process by looking for a way that would allow them to ‘sense’ where they had been damaged. Instead of making use of additional chemicals that are used in the repair, the researchers decided that they could make use of the breaking of a polymer layer as a form of chemical signal. The duo then relied on a chemical vapor deposition for evenly coating each strut of the nickel form using a layer of Parylene D. Parylene D is a chemically inert and stretchy polymer.

The material has a damage tolerance that is slightly lower than that of nickel. This implies that it breaks before the sample gets damaged, thus revealing the metal underneath. The researchers then used electroplating for creating new nickel struts solely on the exposed nickel where they were actually required. Electroplating consumes lower energy in comparison and can be carried out at room temperature.

Pikul says, ‘Unlike polymers, metals don’t flow at room temperature. The nice thing with electrochemistry is that metal ions can easily move through the liquid electrolyte. We then use electrochemistry to convert the ions into solid metal. The polymer acts like a lithography mask and only allows the ions to turn into the metal where the metal foam was broken.’ The researchers were able to heal three kinds of damage in their experiments that were conducted on centimeter-scale samples of nickel foam that had been coated using polymer; cracks, pulled apart until the sample was connected by only a few struts, and sample that had been cleaved in two.

The healing process took about four hours. Since the process of electroplating acts on all of the exposed nickel simultaneously, the time that it takes for healing is not dependent on the size of the sample. Pikul says, ‘I think most people would say bone is a self-healing material, and I think, in practice, our material is very similar to bone. Bone is not fully self-contained either; it needs an energy source and nutrients to heal, both of which come from eating food. In our system, these function similarly to the voltage and electroplating bath.’

Pikul further adds, ‘The electrolyte fluid that allows the healing can be integrated into the metal foams so that it resembles blood in our body. Once the foam is fractured, the electrolyte will surround the fractured area and heal the metal after the application of an external voltage, which can be from a battery.’