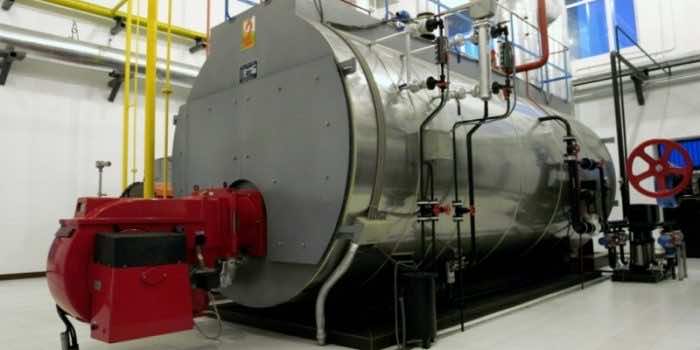 This, in turn, will also give us a glimpse of the different functionalities it tends to perform in a diversified set of industries. Now a fire tube boiler, as the name clearly indicates that the boiling mechanism is significantly based on the fire element. In the fire, tube boiler water is sealed inside a container through which a single or multiple tubes are passing.

Followed by that, the gases pass through the fire flowing through the tubes of the boiler. The heat of gases flowing through the pipes is transferred to water locked inside the container through this process. The water is then ultimately heated and is converted into steam which tends to be the end product. So, this is how basically a fire tube boiler tends to perform its function.

In addition to that, the fire tube boiler also happens to be widely known as the natural gas steam boiler. Now for the sake of your better understanding, let us explore the various aspects behind its natural gas steam boiler and how it embedded its roots into the industrial revolution. Aside from the industrial prospectus, it is also said that the fire tube boiler tends to contribute to the environment up to a very drastic extent.

However, the research has concluded that the processes involved in a fire tube boiler tend to be time taking. But in the end, the desired outcome tends to be so effective that the fire tube boiler was aggressively accepted into the industries. Now, moving on further, for you to better understand the fire tube boiler being environmentally friendly, you definitely need an in-depth explanation of why it is also called a natural gas steam boiler.

So, as far as being environmentally friendly is concerned, the fire tube boiler tends to have a very effective and efficient mechanism that has made it remarkably productive. Now, aside from the fire tube boiler, in any of the boiler regardless of its type, the emission of nitrogen oxide has been a crucial and serious concern for industrialists because nitrogen oxide proves to be very harmful to the environment. This, in turn, could lead to devastating outcomes for the living habitat, including both humans and animals.

But the fire tube boiler readily attracted a large amount of industrial audience because of its remarkable contribution towards minimizing the emission of nitrogen oxide gases into the air. Ultimately contributing to controlling environmental and air pollution.

Now, you might be wondering how the fire tube boiler reduces nitrogen oxide emissions. These nitrogen oxide gases are also referred to as NOX and are commonly known in this short form.

Now moving further, the water is converted into steam during the process, and the fire is passing through the tubes. Then after the steam is formed, the flame temperatures get lowered to a drastic extent.

This, in turn, hinders the processes of formation of NOx ultimately resulting in minimizing the NOX emissions. Furthermore, research has concluded that when the water or steam is injected into the system, the fire is cooled down, and the NOX emission is said to be minimized by 80%.

This is how effectively and efficiently the fire tube boiler reduces the NOX emission and provides the environment with such favorable and beneficial contributions.

The NOX emission is caused by a number of factors, including air compression, temperature, and the type of fuel used. Our boilers tend to operate on specialized fuel, which has the least amount of nitrogen. The combustion processes are also controlled significantly to make sure that there is no NOX emission.

Besides these, our boiler tends to contain the following additional accessories, which further adds value towards controlling the NOX emission.

This equipment tends to add additional value to the functions of the fire tube boiler and makes it eligible to work effectively.