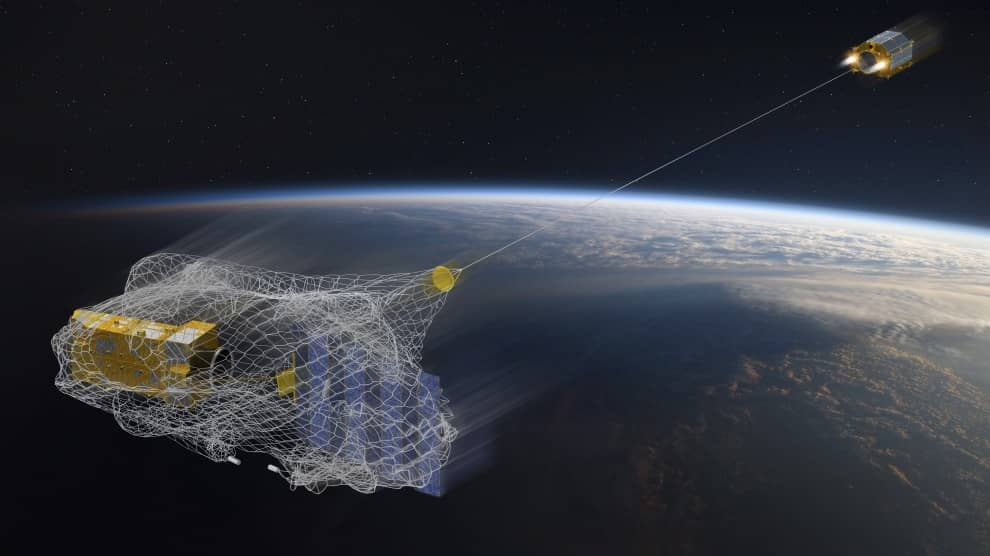 Overall space is usually empty. But the space around Earth is anything but empty anymore. The orbit around Earth is full of thousands of satellites, pieces of debris, and junk from the thousands of rocket launches in the past few decades. This is a very serious problem for future satellites and any of these satellites might get hit by these floating space junk. There is only one way to overcome this issue, which is by cleaning the space.

Many organizations which include NASA, Chinese and Japanese space agencies have developed some prototypes which will be used to catch the space debris. On Monday, one such prototype, called RemoveDEBRIS was launched into space to perform its janitorial tasks. The testing on the prototype will be done in the next few weeks. RemoveDEBRIS is developed by a team of scientists and engineers at the University of Surrey Space Center. It is also funded partially by the European Commission.

The RemoveDEBRIS satellite is now on its way to the International Space Station where it will be assembled and launched into space. From there, the RemoveDEBRIS will test different methods to catch the space junk. The satellite will be launching a handful of small CubeSats to act as targets. The main satellite will capture them both with a giant net and a harpoon. These techniques have been proposed as possible methods for removing the space junk. However, none of them has been tested in the space. This is the first time these tests will be carried out and it is also a message to the future missions to try and clean up the Earth’s orbit. Once the experiments are done, RemoveDEBRIS will be deploying a ‘drag sail’ which will bring the satellite back into the atmosphere and out of orbit. If the mission becomes as successful as planned, RemoveDEBRIS will create the way for future missions to work and start making the Earth’s orbit safe again.