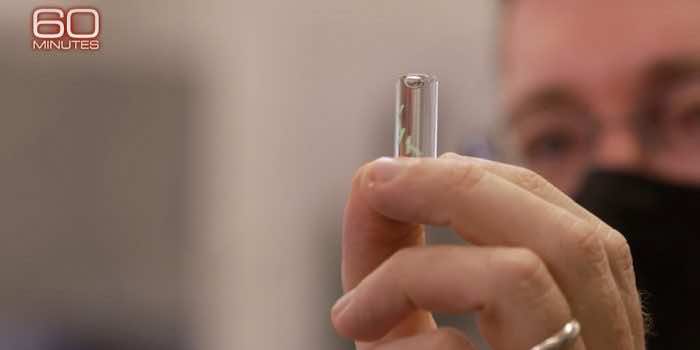 Conspiracy theories aside, the researchers at the Pentagon have just announced a microchip that can detect if you have COVID or not when implanted. Is this another excuse to get implanted? We don’t know, but it is a step forward in medical science if a microchip is able to tell what diseases or viruses a person has.

It could make diagnosis fairly easy, eliminating the factor of human error.

The new microchip was developed by the Defense Advanced Research Projects Agency or DARPA, operating under the Pentagon. This agency was launched during the cold war days to study new technologies for military purposes and also counter the use of biological weapons.

The microchip was unveiled on a broadcast of “60 minutes” where they assured that the chip has no hidden function except detecting COVID like a car’s check engine alert. These concerns come to light as conspiracy theorists did claim that Bill Gates was using vaccines to insert tracking microchips into the masses.

According to Retired Col. Dr. Matt Hepburn, infectious disease physician at DARPA, the chip hasn’t been in use outside the agency and could detect the disease before an outbreak even occurs. He said that “We challenge the research community to come up with solutions that may sound like science fiction”.

He said that DARPA’s goal was to counter pandemics and take them off the table. The pandemic has crippled the economy for long enough.

The chip is covered in a tissue-like gel and is made to test a person’s blood for the virus after it has been put underneath the skin. Hepburn said that “that tiny green thing in there, you put it underneath your skin and what that tells you is that there are chemical reactions going on inside the body and that signal means you are going to have symptoms tomorrow.”

DARPA has also developed a dialysis machine that treats COVID by removing it from the blood directly. The treatments work by, passing the blood through the machine where it is detoxed using customized filters and then pumped back into the body until the virus is no more.

If there is one thing you could thank the pandemic for, it is the advancement in medical science that’s happening to counter it and future pandemics.