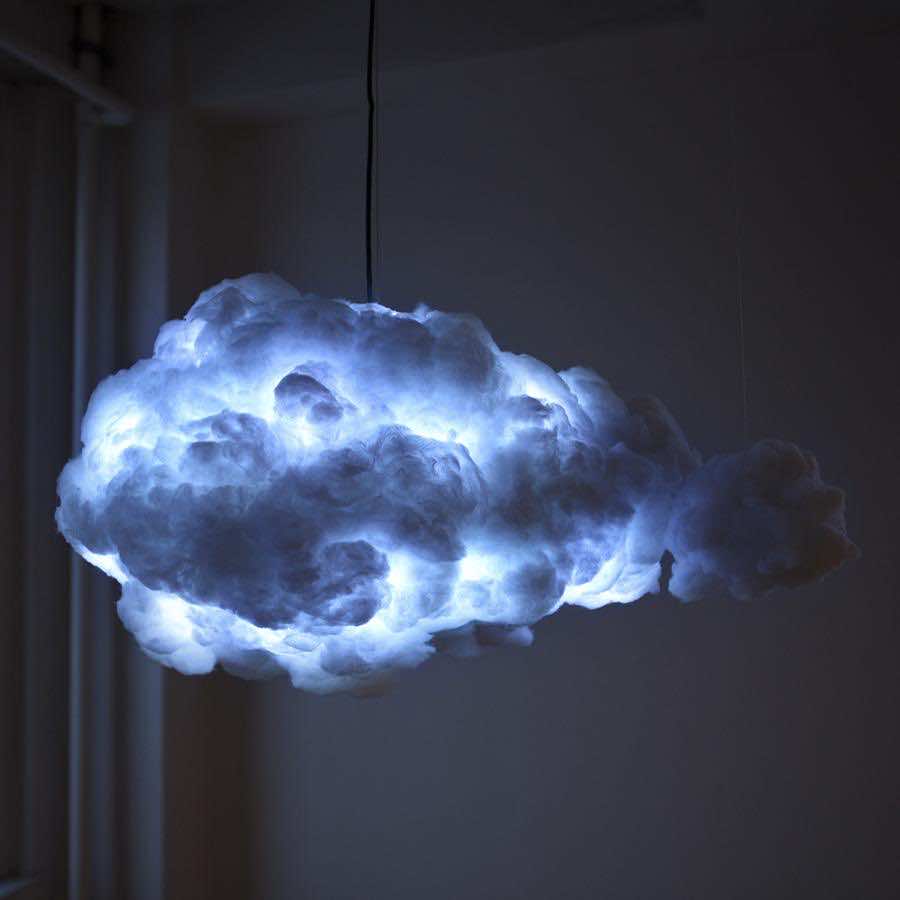 Are you fascinated by thunder and lightning? It sure looks and sounds majestic, we believe that everyone is fascinated by these two and probably this was what inspired Richard Clarkson, a designer based in New Zealand, to design an interactive lamp that has been named Cloud. The lamp is capable of mimicking a thundercloud by employing audio and video. The gadget is powered by an Arduino microcontroller and is capable of reacting to motion by making changes to the color and brightness of lighting. The Cloud has other modes as well for those who don’t continuously want a thundercloud in the house and can be used as a nightlight or even to stream music by making use of any device that is Bluetooth compatible. The Cloud has been manufactured by making use of hypoallergenic fiberfill that is felted to the casing made of sponge in order to come up with the ‘frame’. The frame houses the lighting setup along with the speakers that impart a true feeling of a thundercloud to the Cloud lamp hanging from your ceiling. Every Cloud is handmade and unique; however, the general dimensions can be stated as 28x14x13”. It costs about $3,360 for the smart version that comes with a wireless remote control unit, 2.1 speakers, motion detection and lights that are capable of changing colors. The lamp version, without all the gimmicks and just a Philips LED dimmable bulb comes in at $960. If you throw in another $240, you’d be able to get a secondary smaller cloud that is designed so that the primary Cloud seems even more realistic. Check out the video below for more: