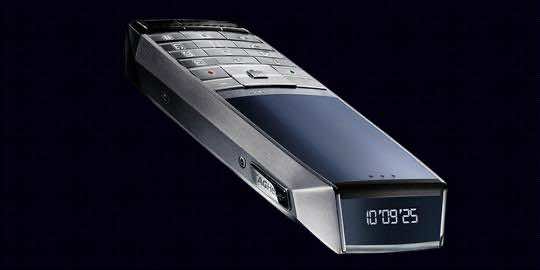 The TAG Heuer Meridiist Infinite is a phone that will allow it’s user to roam freely without worrying about finding a power outlet once the battery starts to run low. This does not mean that the “perpetual power reserve” will mean never having to charge the phone again, but what users can expect is that the phone will stay alive in standby mode even when the battery is at its end. The Meridiist Infinite can maintain its low power level at standby until you have access to a wall outlet. It does this by converting ambient light into power that helps it run. That ambient light being anything from sunlight to a fluorescent bulb. The amazing capability of the phone is made possible by an invisible photovoltaic component sandwiched between a lens substrate and a sapphire crystal panel. The charging is automatic, without the user having to change the settings or even press a button. The exterior of the phone is made of titanium grade 5, carbon and rubber and TAG Heuer will only be making 1911 models. The luxury handset is set for release in July of this year, but specs are scarcely available. The phone will have a 2.4-inch display, along with a 5 megapixel rear camera, dual SIM capabilities and an internal storage of 8 GB. Although the price tag of the phone remains to be confirmed, rumors have speculated that it will cost over £3,000. The phone is certainly shrouded in mystery, but maybe that’s because TAG Heuer doesn’t want it’s rare handset’s features and abilities to be known to everyone. Fingers crossed!