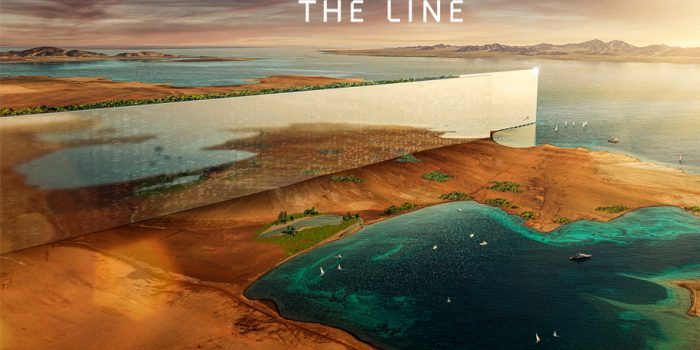 Crown Prince Mohammed bin Salman of Saudi Arabia announced last year the country’s plan to build The Line, a 105-mile (170-kilometer) long zero-carbon megacity capable of housing up to 9 million people. Satellite images of the $500 billion project obtained exclusively by MIT Technology Review shows that the Line’s vast linear building site is already taking shape, running as straight as an arrow across the deserts and through the mountains of northern Saudi Arabia. The site, tens of meters deep in places, is teeming with many hundreds of construction vehicles and likely thousands of workers, themselves housed in sprawling bases nearby.

The site is tens of meters deep and teeming with hundreds of construction vehicles, with thousands of workers housed in nearby bases. An analysis of the satellite images suggests that the works have already excavated an estimated 26 million cubic meters of rock and soil, which is equivalent to 78 times the volume of the tallest building in the world, the Burj Khalifa. The official drone footage of the construction site of The Line in October also showed fleets of bulldozers, diggers, and trucks excavating the foundations of the structure. But for now, Google Maps and Google Earth have not shown any progress yet on the desert site.

According to MIT Tech, The Line is a contentious project, with critics questioning the practicality and environmental wisdom of such a massive structure in the desert, as well as the gap in the imagery of its progress. Furthermore, many of the technologies it is supposed to incorporate, such as air taxis, cloud seeding, domestic robot servants, and seawater desalination using renewable energy, remain unproven.

The construction is said to have started in April 2022, and The Line’s parent company, Neom, awarded construction companies the tunneling and blasting contracts for high-speed passenger and freight rail tunnels. It was when the official drone footage of the construction was released.