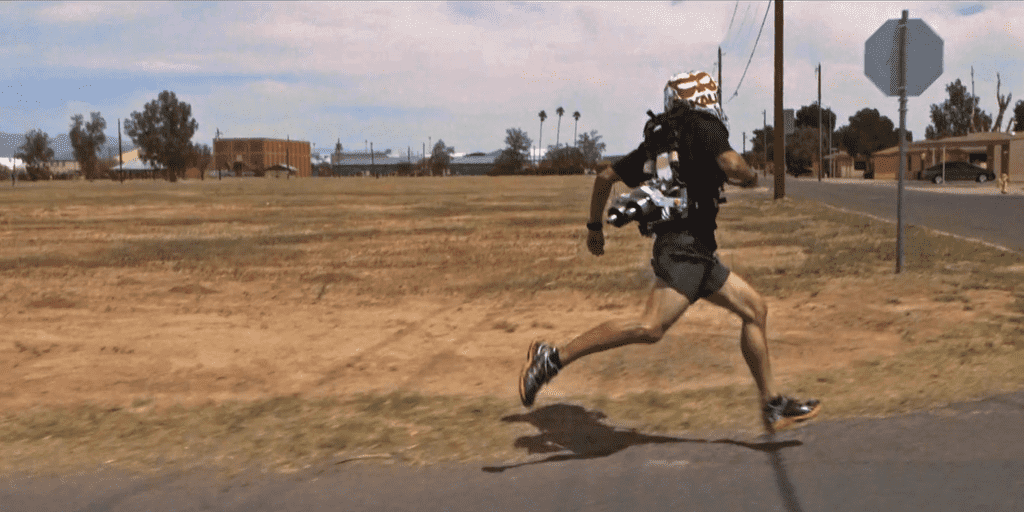 What comes to your mind when you think of a jetpack? Probably something related to future transportation modes inspired by the video games and scenes of Sci-Fi movies. But advancements in this technology have made it possible for Soldiers to use them for faster running in war zones, in a matter of years. US engineers have designed this prototype that allows them to run faster and cover a mile in considerably lesser time as compared to normal humans, that too while carrying a large metal pack. The project is one of the military efforts to create exoskeletons for US soldiers, so that they may have super-human strength, speed and other advantages on the battlefield. The goal behind 4MM (four minute mile) project by Arizona State University is to increase the speed and agility of its user, so that they can run a mile in four minutes with ease. According to Jason Kerestes, an engineering student at the university, ‘We reduced the amount of force so we’re not able to fly with our jet pack but we have instantaneous thrust and can trigger it to allow for faster movements.’ He and his mentor are currently helping Defence Advances Research Projects Agency (DARPA) to develop the idea for military purposes. ‘Our goal is to get any soldier – or subject wearing the jetpack – to be able to run a four minute mile, who was not capable of doing so before,’ he explained. When Mr Kerestes and his mentor Professor Thomas Sugar were first reached by DARPA to help them design a way to allow a soldier run faster, they tried with a system allowing a person to be pulled along, but when that proved to be not fruitful enough, they settled for jetpack propulsion. According to experts in mere 200 tests, runners were able to reduce their times that too while using lesser energy. According to Mr Kerestes: ‘In the warfare arena this [the ability to run faster] could be the difference between life and death. Devices can help soldiers succeed in their missions and potentially save human lives.’