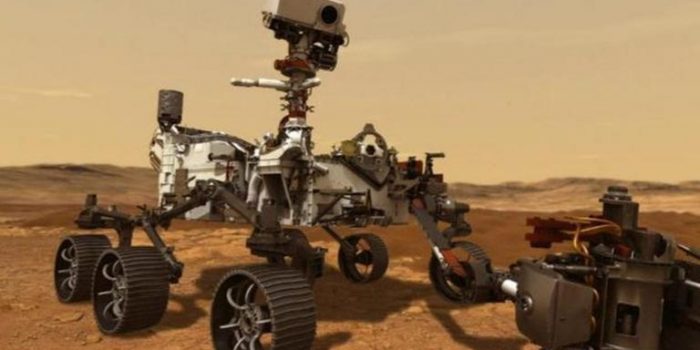 Perseverance had to pause gathering rock samples on Mars for over a month. That break, thankfully, may be coming to an end shortly!

Perseverance, NASA’s Mars rover, faced a significant problem with its rock collection mission in December but owing to some successful fixing, the rover is one step closer to returning to regular operations. Perseverance has been a critical tool for Mars exploration since its landing on Mars last February. It has sent back thousands of images of Mars, validated important information about the Jezro Crater, and, of course, gathered several rock samples.

The capacity of Perseverance to dig and gather rocks is unlike anything NASA has ever built. The rover can drill and core a rock, collect precious samples, place those samples in a secure tube, and then seal the tube for protection using a variety of onboard equipment. It has done it several times without difficulty. However, on December 29, something went horribly wrong. Perseverance successfully cored and collected its most recent sample, however it failed to transfer it to the collecting tube due to small pebble-sized debris stuck it its sampling system.  Since then, NASA has been striving to remove the debris, and about a month later, there is finally some good news.

After announcing a plan to remove the debris last week, it appears that everything happened precisely as planned. NASA confirmed two key achievements in a blog post published on January 21. First and foremost, the two stones responsible for the failed transfer to the tube have been removed! NASA also removed ‘most’ of the cored rock that had been trapped within Sample Tube 261, indicating that it can be reused for additional samples in the future.

But how did NASA get the pebbles out? NASA turned the bit carousel 75 degrees and then back to its usual position after imaging the pebbles with Perseverance’s WATSON camera. WATSON took further images after this relocation and discovered that the two stones had removed.

NASA acquired further images of the ground underneath Perseverance, and found stones on the Martian surface. There are still two smaller stones beneath the bit carousel, according to NASA, but they “may not pose a significant problem with bit carousel operation.” Regardless, the team is “confirming this through more investigation and testing.”

NASA conducted a similar experiment with Sample Tube 261. NASA opened up the tube in one of Perseverance’s arms and inclined it 9 degrees below horizontal. The drill spindle on Perseverance then spun and extended the tube, effectively tipping it over to examine if the sample material came out. And it did.  NASA confirmed this with Perseverance’s Mastcam-Z camera, which confirmed that the debris was ejected. NASA repeated the experiment two days later, claiming that the crew “essentially shook the crap out of it for 208 seconds.”

Now that Tube 261 has been thoroughly cleaned, NASA can reuse it for another sample mission.

While Perseverance isn’t ready to begin sample gathering just yet, this is a huge step forward. The majority of the debris has been cleaned, and Perseverance appears to have suffered no harm during this procedure. Given how much worse things could have gone, it’s tough to imagine a better ending.