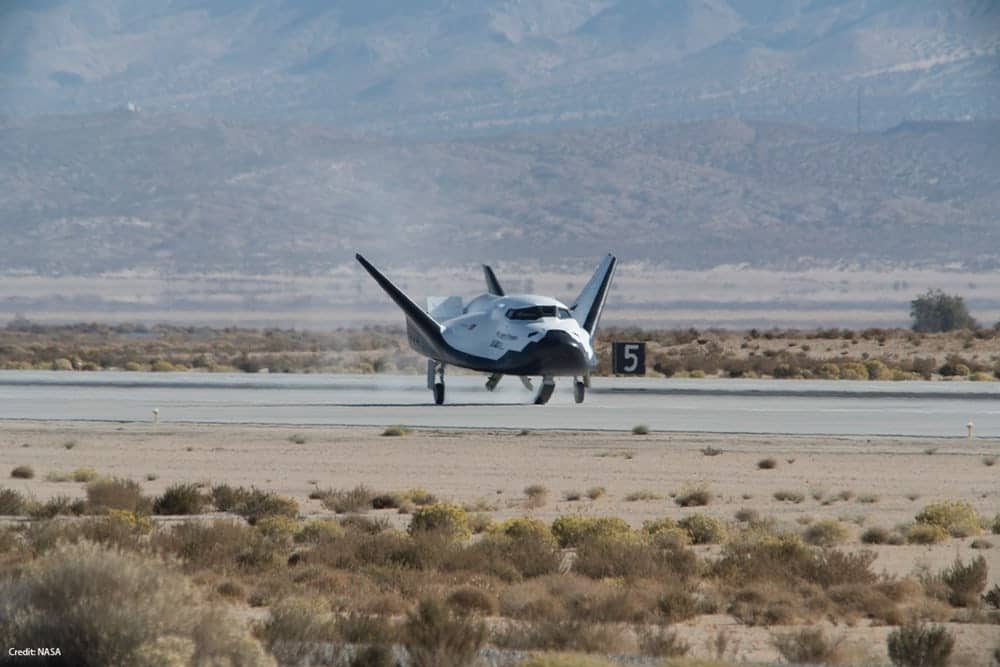 After a horrible crash caused due to failure in its landing gear to deploy correctly four years ago, Dream Chaser has successfully achieved its first free-flight and landing this Saturday. The plane has reportedly undergone a complete renovation and is better than ever now.

This could be easily called as a milestone for the project, which has been going through a rough road since a few years now, as tweeted by Sierra Nevada Corp (SNC): “The Dream Chaser had a beautiful flight and landing!” after the successful free-flight test carried out at NASA’s Armstrong Flight Research Center, Edwards, California on November 11.

The Dream Chaser is being developed under one of three contracts awarded by NASA in 2016 to resupply the International Space Station (ISS) from 2019 onwards. Unlike the other two capsule-based programs, the Dream Chaser is the only spacecraft capable of landing on a runway, meaning it can not only arrive with ISS research samples at any large-scale commercial airport in the world, but it will also be able to return more precious and fragile research samples that might be otherwise damaged by alternative re-entry methods.

Being developed under one of three contracts by NASA to continue the supply to ISS, the Dream Chaser is the only spacecraft that can land on a runway, which means the spacecraft can not only carry ISS research sample to large airports but can also handle fragile and precious sample which could otherwise be damaged.

“The Dream Chaser flight test demonstrated the excellent performance of the spacecraft’s aerodynamic design and the data shows that we are firmly on the path for safe, reliable orbital flight,” says the corporate vice president of SNC’s Space System business area, Mark Sirangelo.