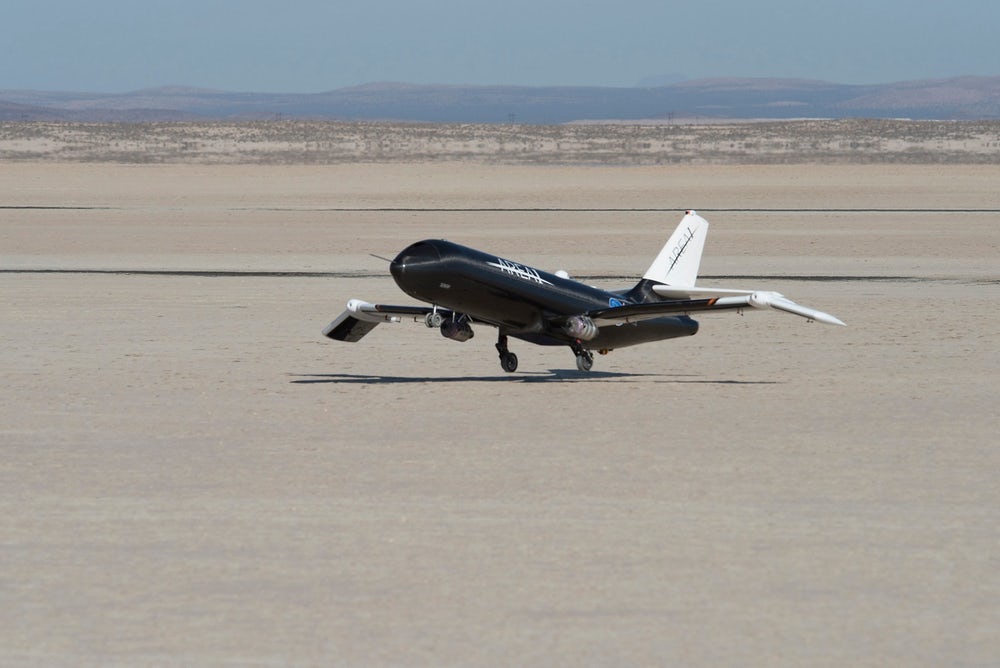 As per NASA, the folding wings are the key aeronautical technology for the future aircrafts. To make it practical the agency is looking for a lightweight memory alloy. The alloy was developed for the Spanwise Adaptive Wing (SAW) project. This alloy allows the aircraft’s wing and control surfaces to change the shape in flight without using any hydraulic systems. Aircraft wings have changed a lot since the first time of their development from wood and duck in 1903, for Wright Flyer. Not only that, with continuous development, the wings have become complicated too. The wings are also limited in how efficient they can be since they depend on shifting and tilting rigid control surface to work.

If the wing was made of something like ‘rubber’ it can shape itself into various shapes depending on the flight conditions while still maintaining a smooth aerodynamic shape to minimize shape turbulence. The Wright Flyer’s flight controls work by wrapping the wings using simple pulleys. For a very long time, the aerospace engineers have explored the concept and applied the modifications in 1960 to North American XB-70 Valkyrie. The problem with the tech is that the folding mechanism that is used is heavy, bulky and energy-consuming. A joint effort made by  NASA’s Armstrong Flight Research Center, Glenn Research Center, Langley Research Center, Boeing Research & Technology and Area-I Inc is currently studying the techniques to replace the usual hydraulics and motors. They are intending to use actuators that are 80 percent lighter and are run by shape memory alloy. The wings they have created work better at subsonic, transonic and supersonic speeds.

NASA carried out some flight tests over Rogers Dry Lake at Edwards Air Force Base in California using a remote-controlled Prototype Technology-Evaluation Research Aircraft (PTERA). The aircraft was fitted with wings which have tips that can fold between zero and 70 degrees up and down during the fight. The carbon composite UAV is kitted out with extensive telemetry and sensors. It was flown in a racetrack pattern with its wings in the zero position and then in the 70 percent up and down positions on the subsequent flights.

The aircraft was able to perform the changes in its wings using an actuator consisting of a tube made of thermal shape memory alloy.  A memory alloy is an alloy that is triggered by an outside factor. Usually, it is the heat that causes the alloy to come back to its original position. It means that you can take an alloy strip, crumple it and then heat it to bring it back to its original form. In the PTERA, the wings have a tube which causes the tips to bend up or down upon heating. Jim Mabe, Technical Fellow with Boeing Research & Technology said, “The performance of this new alloy that we developed between NASA and Boeing really showed outstanding performance. From the time we started initial testing here at Boeing, up to the flight tests, the material behaved consistently stable and showed a superior performance to previous materials.”

NASA says that the ability to fold the wings may one day allow the manufacturers to build lighter, simpler aircrafts which will have longer and more slender wings. Along with that, the wings will be equipped with stabilizers and rudders that make them not only more fuel-efficient. The aircrafts will be able to change their wings to tackle different air conditions during flights. This will also make the supersonic flight easier. SAW Principal Investigator Matt Maholt said, “There’s a lot of benefit in folding the wing tips downward to sort of ‘ride the wave’ in supersonic flight, including reduced drag. This may result in more efficient supersonic flight. Through this effort, we may be able to enable this element to the next generation of supersonic flight, to not only reduce drag but also increase performance, as you transition from subsonic to supersonic speeds. This is made possible using shape memory alloy.”

NASA will continue to work with SAW flights this year. Their main concentration will be on the folding wings between 70 degrees up to 70 degrees down in a single flight. This will also be applied in F-18 after the technology is tested and approved. Moholt said, “We put the SAW technology through a real flight environment, and these flights not only proved that we can fly with this technology, but they validated how we went about integrating it. We will use the data from these flights to continue to improve upon the actuation system, including speed and smoothness of actually folding the wings, and we’ll apply them as we get ready to fly again in 2018.”