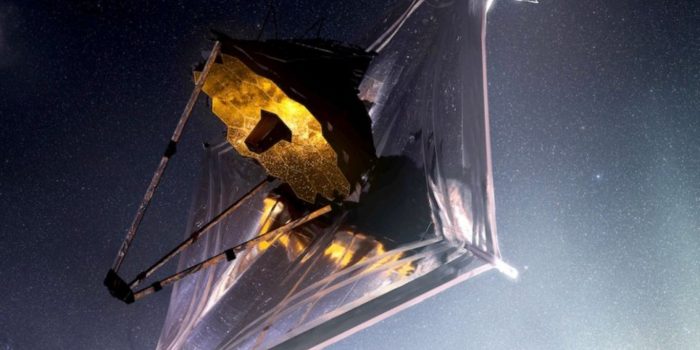 The agency’s science administrator Thomas Zurbuchen stated that NASA’s James Webb Space Telescope is “fully deployed,” and the decades of efforts of the agency seem to be paying off.

However, it is spinning around the Sun in a chaotic orbit and will likely come across plenty of space debris along the way.

“Some small impacts from micrometeorites will happen,” NASA Goddard Space Flight Center scientist Michelle Thaller said during a livestream over the weekend. “You know, over the lifetime of the mission there will be some damage to the mirrors of the telescope.”NASA States That Space Debris Will Inevitably Collide With The James Webb Space Telescope.

“Let’s say a piece of debris hits it,” said Julie Van Campen, a NASA engineer, during the stream. “And then we had a problem like that broke a mirror.”

In terms of protection, there’s “not much,” she explained. “What you see is what you get.”

However, Van Campen said, if a micrometeor were to rip a tear into the telescope’s protective sunshield there would be at least four more layers to keep the shield together.

“It was part of our lifetime calculations,” she added.

The team cannot afford something drastic as the machine cannot be serviced in person. That’s unlike NASA’s Hubble Space Telescope, which the agency’s Space Shuttle visited five times between 1993 and 2009 for repairs and upgrades.

However, it is interesting to note that Hubble was working in a much more cluttered orbit in low-Earth orbit. The JWST will be orbiting the Sun at L2 (Lagrange Point 2). It is a far more distant location that allows it to form a straight line with the Earth and Sun.

“It’s actually a very nice place to be,” Thaller explained during the stream, adding that it is a “cleaner place when it comes to space junk.”

The engineers have built some additional redundancies. The telescope’s mirrors, for example, are designed to take some damage without forcing its scientific endeavors to grind to a halt.

NASA has set the ambitious goal of having the JWST last for at least ten years. it could go on for more but the fuel is a limiting factor. Right now, space debris can also be one in its performance.