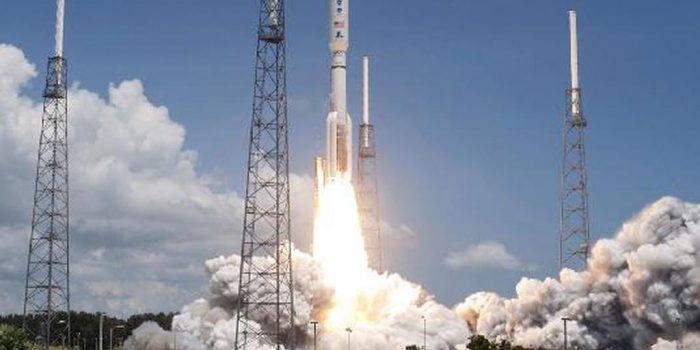 NASA’s Lucy mission successfully launched on Saturday at 5:34 am ET (09:34 UTC) from Cape Canaveral Space Force Station in Florida. The 1.5-ton spacecraft was carried by the Atlas V rocket.

The total cost of the mission is 981 million dollars and will fly close to asteroids near Jupiter. It is estimated to fly close to eight different asteroids – one central belt, whereas seven Trojans. The asteroids close to Jupiter that this mission ‘Lucy’ will explore are thought to be fragments of the primordial material that forms that outer planet.

“The mission takes its name from the fossilized human ancestor (called “Lucy” by her discoverers) whose skeleton provided unique insight into humanity’s evolution. Likewise, the Lucy mission will revolutionize our knowledge of planetary origins and the formation of the solar system,” said a NASA statement.

In 2025 when Lucy will reach the main-belt asteroid named Donald Johnson in memory of the anthropologist who co-discovered the Lucy fossil, it will be the first-ever probe to these asteroids.

Using boosts from Earth’s gravity, Lucy’s complex path will provide humankind with first-ever close-ups of all three major types of bodies in the swarms. The three types include the dark red P and D type trojans along with the C-types. The latter are mostly found between Mars and Jupiter in the outer parts of the central belt of asteroids.

Lucy is exclusive in a manner that prior to this mission, there hasn’t been one that has explored such multiple different destinations in independent orbits around the sun. It will also help us in exploring various primordial bodied that developed the planets.