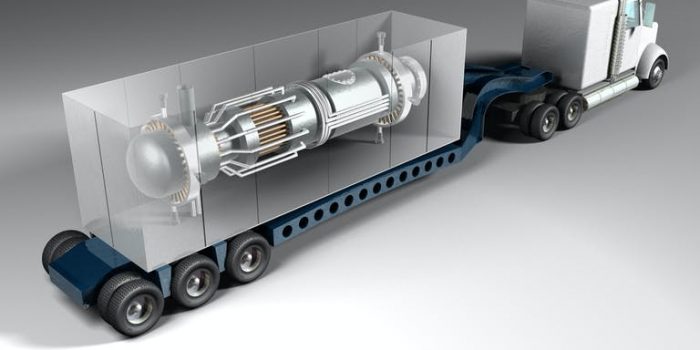 How would you supply carbon-free, uninterruptible power to military and remote operations? How would operators of an aluminum factory receive the constant, steady power they require in a developing country with an unstable electrical supply?

According to experts at Idaho National Laboratory, a new type of nuclear reactor could address these problems while also laying the groundwork for renewable energy.

Small nuclear reactors called microreactors that can generate up to 20 megawatts of power were initially intended for uses outside the centralized electric grid, such as military bases. Typically, most microreactors would be manufactured in a facility and distributed in shipping containers to various sites worldwide. These “nuclear batteries” may be connected to a mini- or micro-electric grid without the need for any infrastructural adjustments. As a result, they can provide power for years with minimal operating and repair costs.

Shropshire says that the challenge to constructing these reactors is to identify market segments where the profit margins are high.

“Nuclear energy’s share of the energy marketplace is expected to decrease in the coming decades, mainly as a result of retiring old light water reactors,” he said. “But nuclear could potentially increase shares in the future if you consider non-traditional applications for these new reactors in future markets.”

At present, about half of the nation’s carbon-free electricity is generated by light water reactors. However, advanced nuclear technologies, such as modular reactors and microreactors, may provide a vital foundation for the future rise of renewables by removing coal plants and providing grid services. In addition, small modular reactors have the potential to reduce carbon emissions where other solutions fail.

For a long time, nuclear experts have considered utilizing microreactors to generate electricity in remote regions that frequently run on diesel fuel, which is expensive to transfer across long distances. Although microreactors may still be viable for remote locations, Shropshire and his team sought other possibilities.

“We were looking for markets with fairly high energy demands versus a village that might have limited opportunities to expand its resource base,” he said. “Industrial uses, such as mining, might be a better fit.”

Another option is to employ a microreactor as the basis for an isolated, integrated energy system. Rather than competing with renewable energy sources like wind and solar, microreactors might be the cornerstone of these systems. They could help provide a reliable source of energy and work with a variety of sources.

“We think microreactors could be a good option for balancing and providing resilience for wind and solar,” Shropshire said. “The question is, ‘How do you maintain a reasonable cost?”

Furthermore, microreactors could be placed in areas with underdeveloped electrical networks to power facilities that demand high usages, such as a water purification plant, an aluminum, or a hydrogen production plant. Microreactors could assist these institutions in providing important services even when the electricity system is overburdened or in terrible shape.

“Currently, container ships use a lot of super dirty fuel that they must haul along to propel the ship,” Shropshire said. “It’s wasteful and polluting.”

However, before microreactors contribute to a carbon-free future, they must overcome various barriers, including cost, public perception, and regulatory challenges.

Nonetheless, microreactors will often operate in niche markets with higher energy costs rather than competing with low-cost, centrally controlled energy sources. According to the report, regions with expanding energy demand, such as Eastern Europe and Asia, may provide sufficient potential for microreactors in distributed systems with small modular reactors. In addition, microreactors have a lot of potential in areas where the nuclear share is likely to fall or remain stable, where they might replace pricey carbon-emitting energy sources while complementing renewables.

“All of these uses are niche markets that are hard to decarbonize,” Shropshire said.

The industry will reap the benefits of mass-produced reactors, cutting prices, and making microreactors an alternative for specialized energy demands if it can uncover these niche markets and create enough microreactors between 2040 and 2050.

“…[M]icroreactors could help close the gap on zero carbon by 2050 by replacing fossil sources for electric and non-electric uses and assisting the ramp-up of variable renewable sources in the energy system,” the authors said.