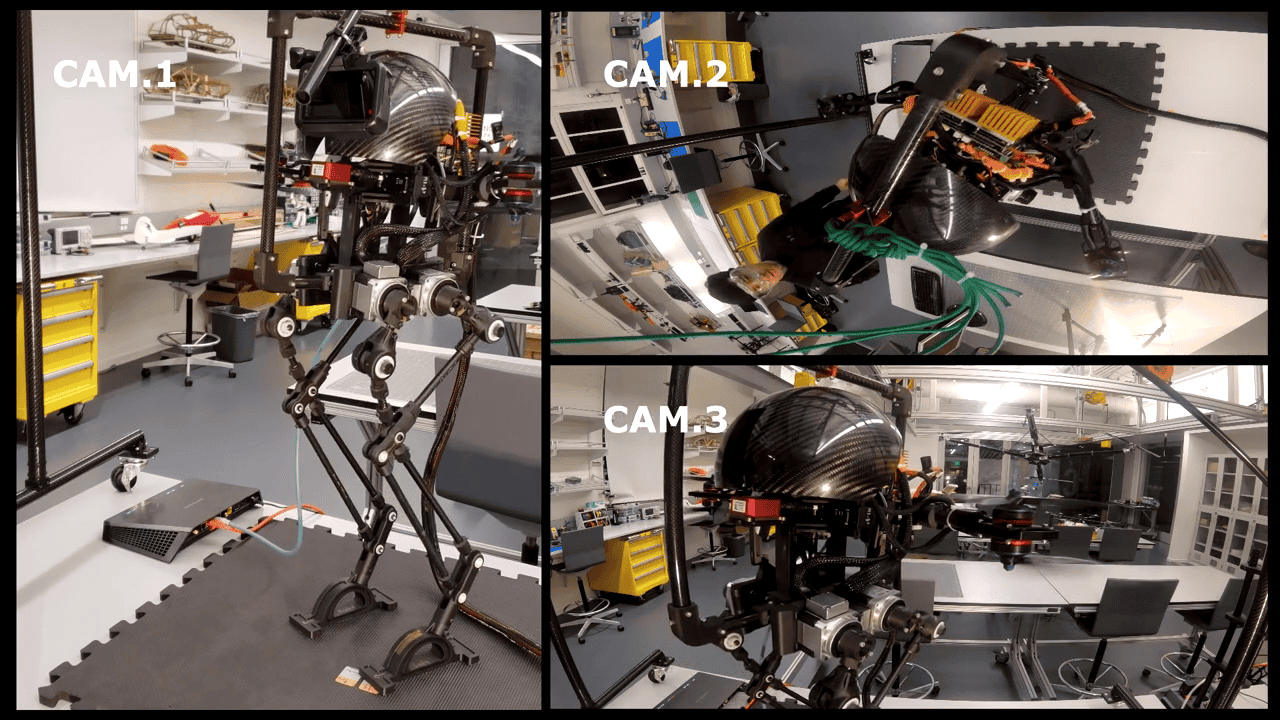 Robots either traverse the land or remain in the air, right? There is hardly a crossover between the two kinds of robots. However, a team of researchers at Northeastern University have created a robot called Leonardo that is capable of doing both; walking on two legs and flying short distances for clearing obstacles that might lie in its path.

The name Leonardo stands for Leg ON Aerial Robotic DrOne. That’s quite an acronym! It measures in at the height of 0.8 meters. The Leonardo has a ‘chicken walker’ stance – its body is balanced atop two thin legs. Leonardo has been mainly built using carbon fiber and weighs in at 2.7 kg. Using carbon fiber as the primary material has enabled the team to achieve a good balance between lightness and strength.

Leonardo also comes equipped with a pair of thrusters on its sides. These thrusters are strong enough to allow the robot to take flight. Of course, there are limits on maneuverability in the air; but that was not the goal of the team. In fact, the thrusters were designed to allow Leonardo to enjoy a longer flight time after jumping so that the robot was able to leap over obstacles and make a safe landing on the other side.

Alireza Ramezani, the lead researcher on the project, said, ‘The idea is not to create a quadcopter. The idea is to have a machine that can leverage its legs and the thrusters to, for example, enhance its jumping capability.’ The thrusters also enable the robot to maintain its balance. It comes naturally to us humans, however; making sure that a bipedal robot doesn’t land face-first into the floor is much harder than you might imagine. The Boston Dynamics’ ATLAS robots moved like drunks about five years ago, for those who remember. However, now they are even performing parkour skills.

Though, Leonardo is not the first robot to walk and fly; an EPFL team, a few years back, created a bat-like robot that was able to move on land as well. However, that was a drone capable of crawling quite the opposite to the robot Leo. According to researchers, robots like Leo can be used for exploration purposes; even on other planets.

Ramezani said, ‘At this stage, I look at this as a very good platform to push agile robotics. Think of a robot that literally never falls: It can negotiate rough terrain, it can fly, it can jump. An ultra-capable system. Down the road, we can use a machine like this for exploration.’

What do you think of this amazing robot? Do let us know!