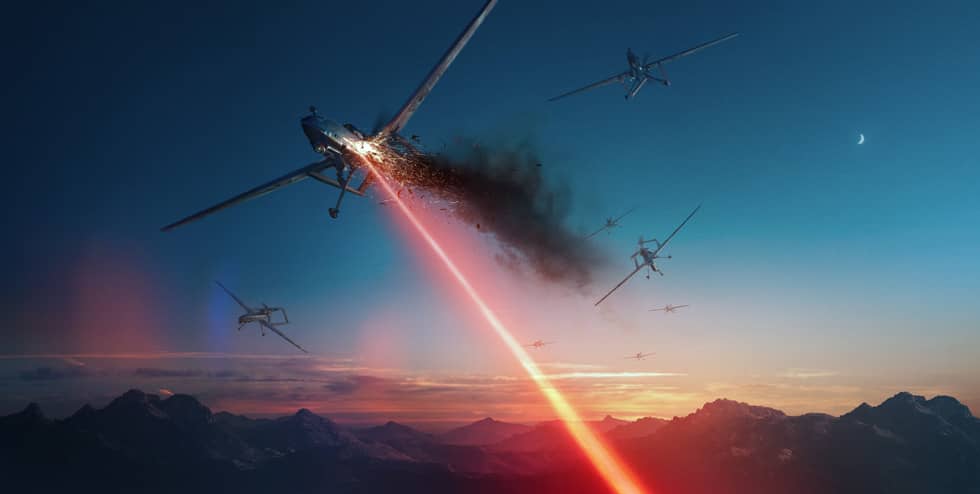 Drones are a menace. Not just the ones that just buzz above while spying on your house or the entire neighborhood but particularly the ones that are used in the wars. You can destroy the buzzy intruders with a rocket-powered Katana, but the future of warfare is hidden in the laser weapons. Lockheed Martin is now demonstrating the strength of lasers in a new video.

The recent video released by Lockheed shows its 30-kilowatt class Advanced Test High Energy Asset (ATHENA), a laser weapon system being tested at the White Sands Missile Range in New Mexico. The ATHENA system is ground-based and is powered by a Rolls-Royce turbogenerator, but it is still in the prototype phase. The defense company conducted its tests after the approval of the US Army’s Space and Missile Defense Command.

The powerful laser weapon system managed to destroy five Outlaw drones in its initial tests with a wingspan of 10.8 feet. ATHENA uses the drone’s fuel source against the UAV. Keoki Jackson, Lockheed Martin’s Chief Technology Officer, said in a statement,

“The tests at White Sands against aerial targets validated our lethality models and replicated the results we’ve seen against static targets at our own test range. As we mature the technology behind laser weapon systems, we’re making the entire system more effective and moving closer to a laser weapon that will provide greater protection to our warfighters by taking on more sophisticated threats from a longer range.”

Lasers were not considered as an option of destruction, then why would the military opt for it in the place of bullets and bombs? The answer lies in the calmness of laser weapons that achieve the purpose without giving out location details. Dr. Karl Scheibner of Lockheed Martin said in a video,

“There’s a lot of mission space where the covert capability of the laser is also beneficial because you can cause an effect without there being any visible sign of what caused that effect.”

Surprisingly, this is not the first incident or effort of using laser weapons to shoot down a drone. The first ever successful laser shootdown happened back in 1973. More than four decades have passed, and the US military does not have such a laser weapon in their hands yet.