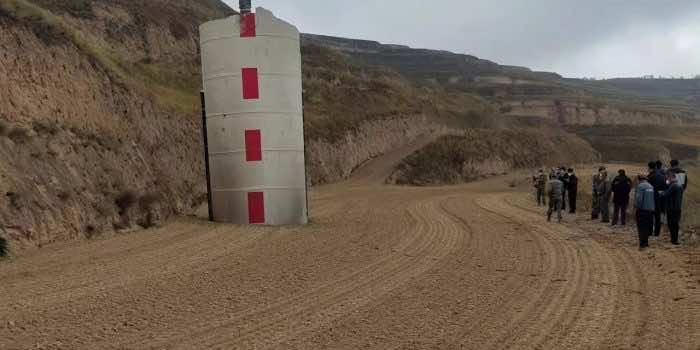 According to images shared on Chinese social media, a smoldering wreck of a Chinese Long March 2D rocket has dropped like a stone back to Earth in a crop in the northwestern province of Gansu.

The pictures depict a huge metal building that is 20 to 30 feet out, vertically buried in fresh topsoil. Officials have not yet confirmed, but it was most likely from a rocket China launched on Saturday to place satellites in orbit.

Due to their non-reusability in the past, Long March rockets and thrusters frequently ended up making an uncontrolled free fall through the Earth’s atmosphere.

The practice is heavily criticized worldwide, arguing that it is not only harmful to those who live in the anticipated landing zones but also less ecological than reusable rocket parts.

It’s the most recent in China’s string of unregulated and reckless reentries. Debris from a Long March 5B rocket that burned up in the atmosphere earlier this year dropped into the Indian and Pacific oceans. In May 2020, waste of a Chinese missile hit and harmed buildings in Ivory Coast. Similarly, other junk washed ashore near the Maldives in the Indian Ocean last year.

Notwithstanding the devastating impacts, China’s space program is in full force. The second module of China’s space station was launched today by a Chang Zheng 5B rocket, or we call it another round of “find the falling Chinese rocket.”