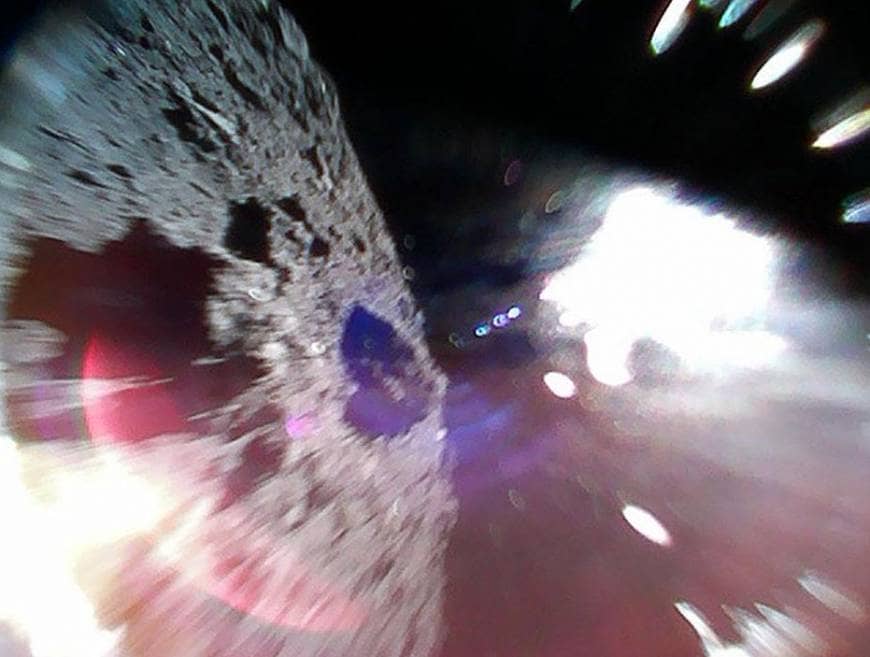 JAXA, the Japan Aerospace Exploration Agency confirmed that Japan has successfully landed a pair of tiny robots on Ryugu, an asteroid some 300 million km from Earth on Saturday. JAXA also released the first images captured by the robots during the landing.

Ryugu is a kilometer wide asteroid discovered on 10 May 1999 by astronomers associated with the Lincoln Near-Earth Asteroid Research Centre at the Lincoln Lan’s ETS in New Mexico, United States.

The rovers were released from Japan’s Hayabusa 2 spacecraft orbiting the asteroid on Friday, September 21 and a confirmation of successful landing was received a day later.

Hayabusa2 was launched in December 2014 to gather information on the formation of the solar system and origin on life.

Hayabasu2 is scheduled to return to earth at the end of 2020 according to JAXA.

The Minerva-II1 robots measure just 18 cm by 7 cm and weigh approximately one kg. The rovers will take photos and temperature readings on the asteroid before the central probe lands later on, according to JAXA. The two robots will travel across the asteroid by hopping thank to the low gravity of the surface.

“Each of the rovers is operating normally and has started surveying Ryugu’s surface,” JAXA revealed in a statement.

This milestone for Japan is a landmark event in the history of Space Exploration and gives Japan the honor of being the world’s first country to achieve observation of an asteroid via robots.