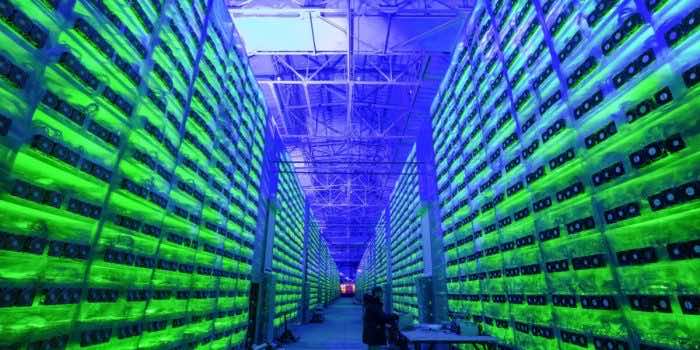 We already know cryptocurrency mining requires a lot of computing power and computing power needs a lot of juice. Researchers from Cambridge even said that bitcoin mining uses around 121.36 terawatt-hours a year. This means that mining bitcoin consumes more energy than a country like Argentina. So it isn’t surprising when Iran announced a ban on cryptocurrency mining.

As summer is upon us, it means that energy needs will spike as people start turning on the air conditioners. Iran expects a similar surge in electricity demand. So with 4.5% of all bitcoin mining happening in Iran, the government has decided to put a temporary ban on cryptocurrency mining. Reports say that the country has faced widespread blackouts in recent days due to a high spike in electricity consumption. This coupled with drought and high temperatures only means that demand is going to increase in the coming months.

The ban is temporary though, only till the 22nd of September, the start of the winter season. Even though Iran had accepted mining and even encouraged miners to sell their bitcoins to the central bank. However, President Hassan Rouhani announced on state television last Wednesday that “The ban on the mining of cryptocurrencies is effective immediately until September 22. Some 85% of the current mining in Iran is unlicensed”.

It’s unclear how Iran will crackdown on unlicensed cryptocurrency miners following the ban. Maybe they’ll be on the lookout for areas with an unusually high energy consumption to reinforce the ban. The country was already busy rooting them out before the ban. Iran even offered cheap electricity as an incentive for miners but it’s either blackouts all summer long or the profits from crypto-mining now.

The electricity shortage is very alarming, the pandemic forces more people to stay at home and thus also increasing electricity consumption. Power consumption in recent days has been so high that even some medical facilities are finding it hard to run their cold storages for the COVID-19 Vaccine.

Earlier this year, the Iranian police raided and confiscated about 50,000 bitcoin mining machines from unlicensed miners that were using subsidized electricity illegally. According to Tavanir, Iran’s power company, the miners were using around 95 megawatts per hour at cheap subsidized rates.

I guess bitcoin prices will drop even further in the summer months. Iran is among the top 10 bitcoin mining countries so a ban will affect the currency as well.