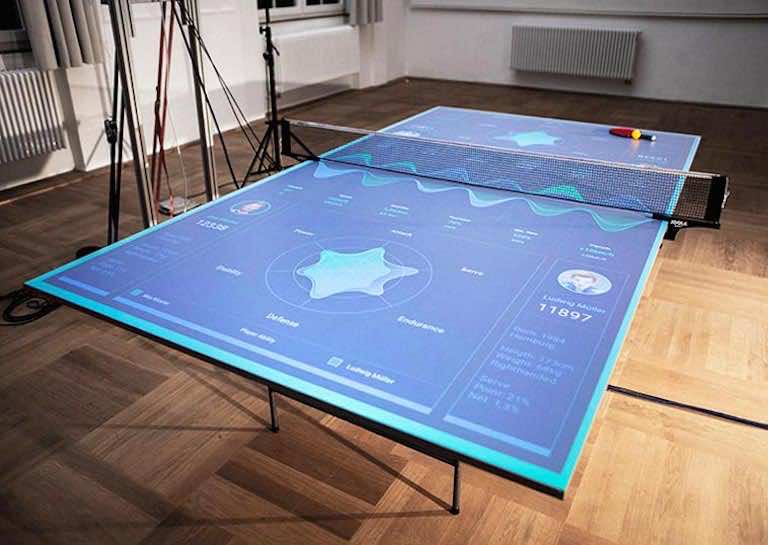 Ping pong is a sport in which expert advice is needed to continually build upon your game. Many of us who are quite good at the game still execute poor choice shots at crucial parts of the match and that is what keeps us from improving. This new high-tech interactive Ping Pong table will help us achieve just that. With the help of its amazing overhead projector on the table, it can create simple and beautiful visuals for you and even guides you on what to do to be able to beat your opponent.

Now many of you who have played Ping Pong extensively know that the game becomes boring after practising against the same opponents with the same style of play and your competitive edge gets lost in the way. But, Thomas Mayer, a German innovator wanted to spice things a bit with the help of this table and now you can not only continuously improve on your game, but it also becomes much more enjoying to play rather than a blank table with no responses.

You can also go multiplayer and it probably works fine in doubles games as well. However, it is not a fully developed product yet as Mayer still has not thought about that but the graphics on the table and the path of the ball depicted is quite stunning to say the last. Now you won’t have to quarrel with your opinion whether the ball bounced twice on the table or not.

So, would you want to have it in your gym? The technology isn’t that new but the presentation and smartness of its application are commendable.