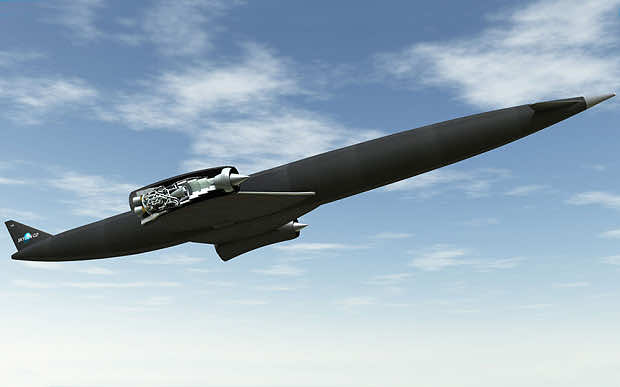 This new developing technology in aviation claims that you can travel anywhere in the world in just 4 hours. It will also drive the planes at twice the speed of Concorde. Seems like science fiction, right? Well, it’s not!

This investment means that company can now proceed with the ground tests of its technology. First, REL needs to prove that the technology works and the next step would be to introduce this technology in the space plane. Currently, REL is testing SABRE on its re-usable plane named Skylon. This plane would be relatively light and simple to take off and land on a runway and would be able to launch both humans and cargo into an orbit. The SABRE engine would allow the plane to operate both as an airplane in Earth’s atmosphere and as a rocket in the space environment without needing a pilot for space missions. It will be able to carry 15 tonnes of mass up to the International Space Station. However, the secret to this engine is not some sci-fi fuel but an unprecedented cooling system.

The rocket’s key feature is that it does not need to carry oxygen tanks in its combustion chamber. It will utilize atmospheric oxygen while decreasing the amount of fuel on-board. Moreover, it will be ditching those 150 tonnes of weight and the need of multi-stage rocket. Space planes like Virgin Galactic’s SpaceShipTwo and XCOR’s Lynx travel in and out of the orbit, whereas, Skylon can operate without switching. Its makers expect that an orbital plane will cut the cost by 90%

The issue is the 1000-degree-celsius temperature produced by the engine that is high enough to melt almost all of the known materials. The key is a pre-cooler heat exchanger that uses a network of pipes to cool the air until it is in the liquid form. SABRE’s pre-cooler has to chill air from 1,000C (1,832F) to -150C (-238F) in 1/100th of a second. When the air enters the engine, it has 25 times more force than a Category 5 hurricane.

Alan Bond, the founder of Reaction Engines, said in an interview,

“If we manage to pull this off, then by the time we get to 2030 access to space will be more like you see in science-fiction films than the way it is today… so regular vehicles flying into orbit and back again daily, and all that sort of stuff, carrying out all sorts of useful tasks – that will actually be with us, and that is something pretty exciting to look forward to.”

Technology is definitely trying its level best to bring comfort in our lives!