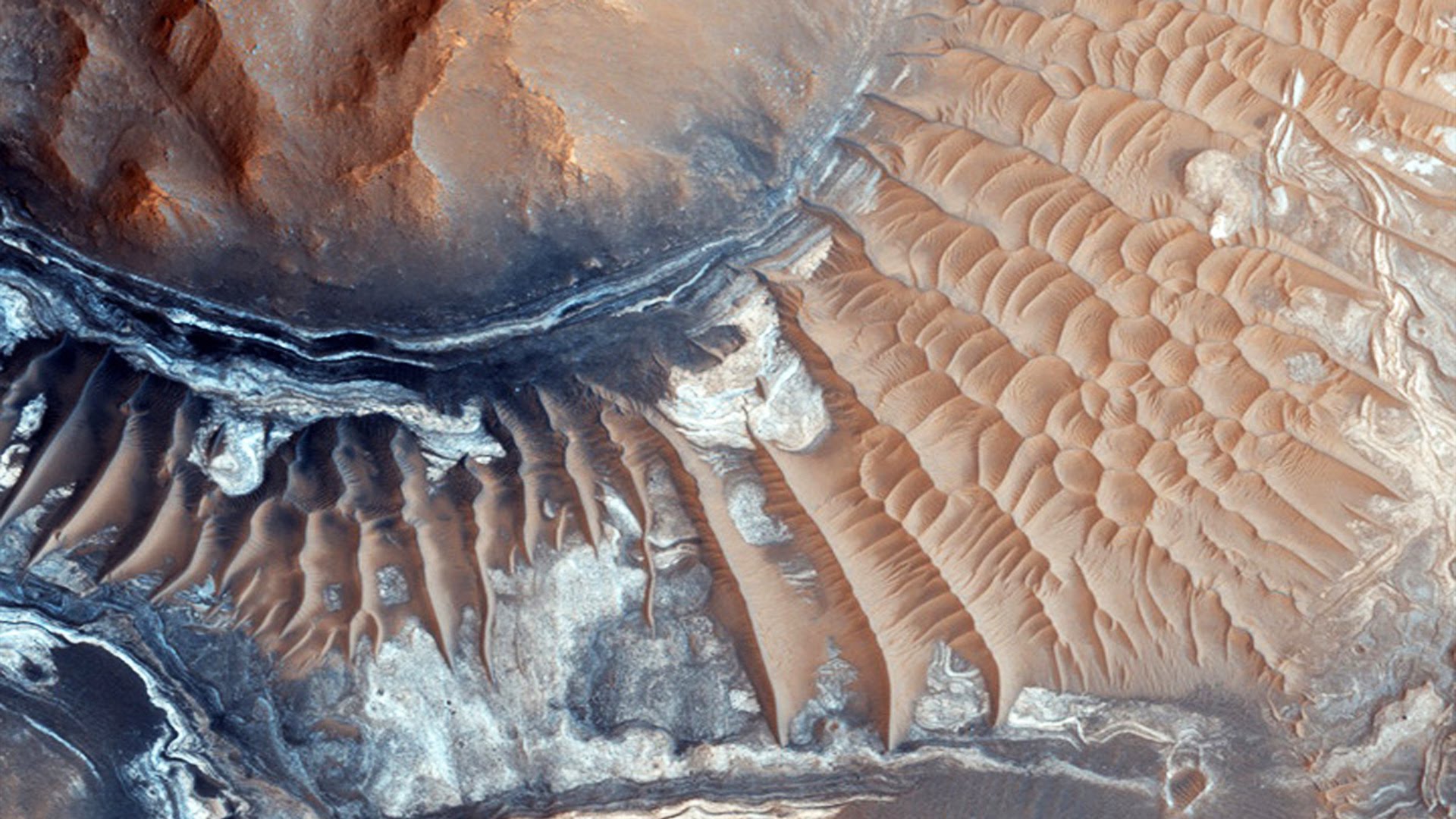 Scientists have found huge deposits of water in the form of ice extremely close to the surface of Mars. It is one of those discoveries that can be extremely beneficial for the future exploration missions to Mars. The discovery, that was led by Colin Dundas from the US Geological Survey in Arizona, was published in the Science journal. The research and discovery were made using the HiRISE (High-Resolution Imaging Science Experiment) on the Mars Reconnaissance Orbiter.

The scientists found eight mid-latitude locations where scarps, steep banks or cliffs have been eroded away and exposed a huge cross-section of ice. In some regions, the ice was as huge as 100 meters think. The ice starts from 1 to 2 meters below the surface which is not very deep and can be accessed easily.

Another interesting thing about this ice is that it is not a single layer but has many layers underneath, just like the earth has sedimentary layers. This also indicates that the history of Mars can be obtained from these sheets and different geological periods can be studied on it. Dundas told IFLScience, “This gives us a much more detailed window into the vertical structure of some Martian ice sheets, and shows that they have only a thin debris cover and in some cases fine layers. The key point is that there are layered ice sheets on Mars that can be quite shallowly buried.”

It was already discovered that the Mars has water ice, however, this research shows that how close that ice is to the surface in the mid-latitude regions on Mars. This can make it accessible to the future exploration missions, for example, the European ExoMars rover in early 2021. This will also include a drill that can go 2 meters deep under the surface. The sheets that were discovered by Dundas and his team are very steep that means that the ice is strong in that area. The lack of craters in that area also shows that it is extremely young, and has not crossed the million year milestone yet.

At some places, huge chunks of rock were seen falling from the ice. This suggests that erosion is occurring and the ice is melting a few millimeters in each summer. This can also be the result of sublimation since the ice does not melt and becomes water, it rather turns directly into gas in the low-pressure environment of Mars. In the future, the exploration mission to Mars can make use of the ice there and use it as a consumable resource or even as fuel. HiRISE has only captured 3% of the surface. There might be some more groundbreaking discoveries coming our way soon. The team wrote about the mission saying, “This ice… is expected to preserve a record of climate history, influences the planet’s habitability, and maybe a potential resource for future exploration.”