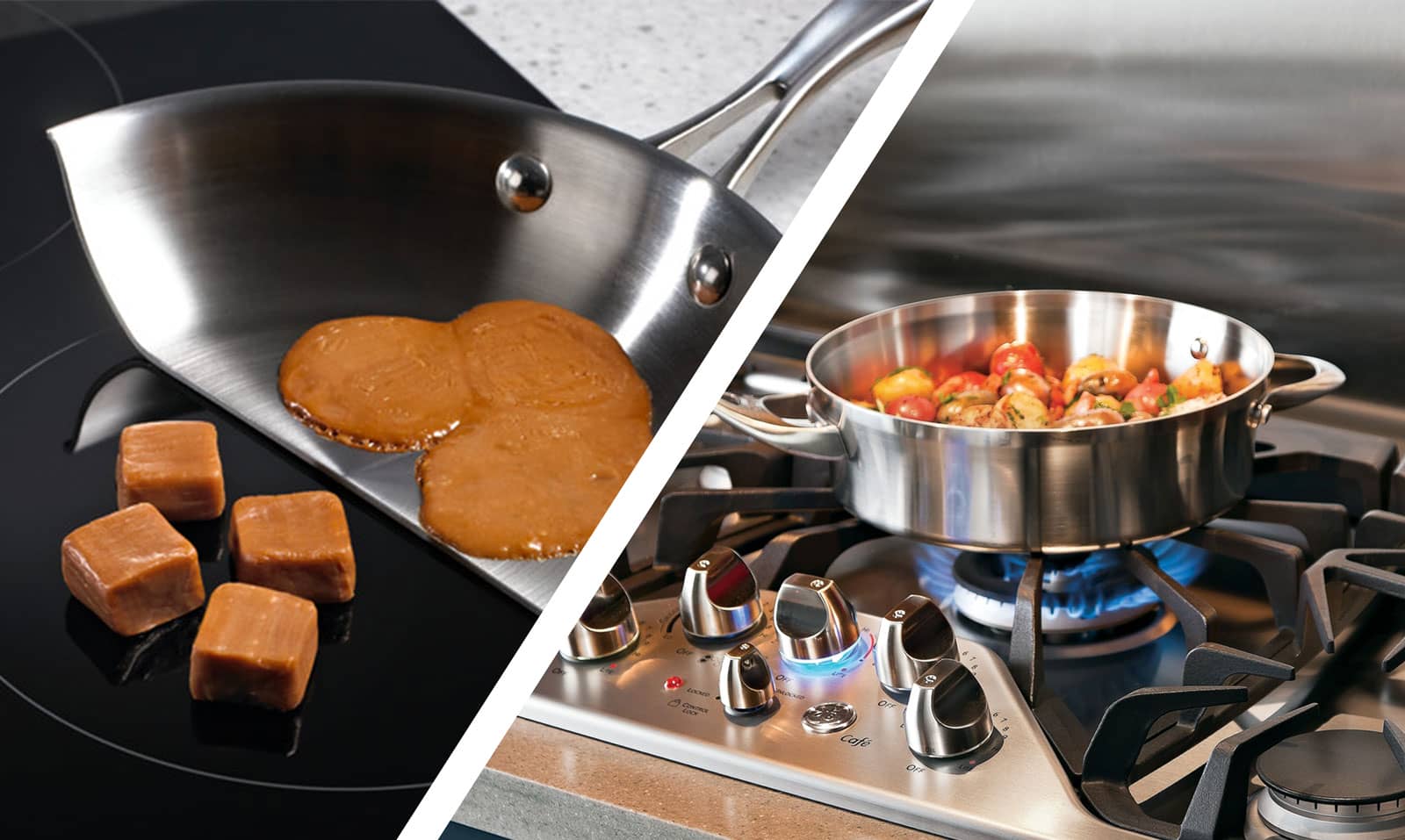 Chefs love cooking with gas! They can actually watch the flame and ascertain the amount of heat being radiated into the food being cooked. Electric stoves do not provide visual feedback, and their response is also slow.

The induction stoves offer the control of gas however the visual feedback is even less than the one provided by the electric stove.

The induction stove control can be improved by carefully monitoring the changes in the food being cooked as the dial is rotated. The Induction vs. Gas test was carried out by Paul Scheckel from Home Energy Pros. Paul discovered that induction is not only faster, it is also more efficient than the gas.

The stark difference in energy consumption (430 BTUs vs. 992 BTUs) appears because of the difference in the heating mechanism itself. While gas uses heat to warm up the pot containing the food to be cooked, induction turns the cooking pot into a heating element itself. In fact, induction stoves are so efficient that they could even operate only on solar energy. Gas also heats up the kitchen while the induction stovetop saves the energy spent on cooling down the kitchen.

In the long run, the savings from induction stovetop will largely depend on the prices of gas and electricity in the part of the world you live. Induction stoves are also safer when compared with the gas ones.

Which stovetop do you prefer? Let us know in comments!