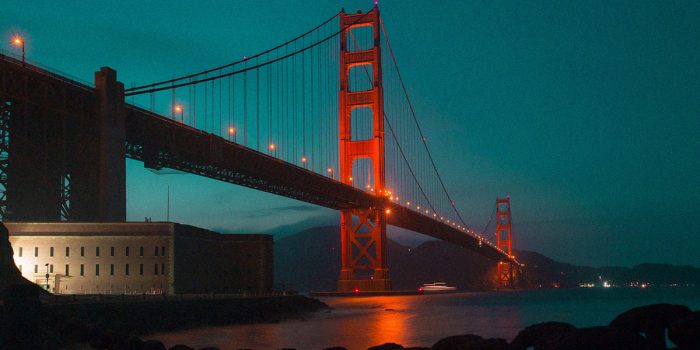 The Golden Gate Bridge is currently singing a strange song to anyone attempting to cross it. If there’s one thing a bridge shouldn’t do, it’s clunking noise and howling in the wind. However, some people who have recently crossed the Golden Gate Bridge may have noticed strange noises emanating from the famous landmark due to recent strong winds.

The winds appear to create an ethereal howl across the structure, which is so loud that people can hear it in their cars as they drive over, according to Twitter user @psychunseen, IFLScience reported.

While it may appear creepy to those crossing, the noise is causing significant disruption to residents, who are currently subjected to constant screeching whenever the winds pick up.

The noise is thought to be the result of a bridge retrofit in 2020, during which the structure was secured in case of high winds, and a railing with thinner slats was added, in part to deter suicides.

However, it quickly became clear that this had some unintended effects, as high winds of 35.4 kilometers per hour or more coming from the west produce a low-pitched tone, while winds of 43.5 kmph or more have a higher frequency tone. The lower tone is most problematic as it appears to travel the furthest, but together they create a bridge that sings quite often.

Fortunately, engineers have already devised a solution. Taking the railings to a wind tunnel allowed them to analyze how the sound is produced and devise a solution to prevent it from happening, which they have now outlined in a proposal.

The winning solution was a series of U-shaped clips placed at each end of each slat to disrupt the airflow and prevent the small vortexes thought to be causing the noise. As a result, the clips reduced all sounds by 75% and only made an audible noise in winds of 101.4 kmph or higher.

“The proposed solution will be invisible to most Bridge users and will not affect the Bridge’s structural stability during sustained high winds. Installation is expected to be complete in the first half of 2023,” the proposal says.