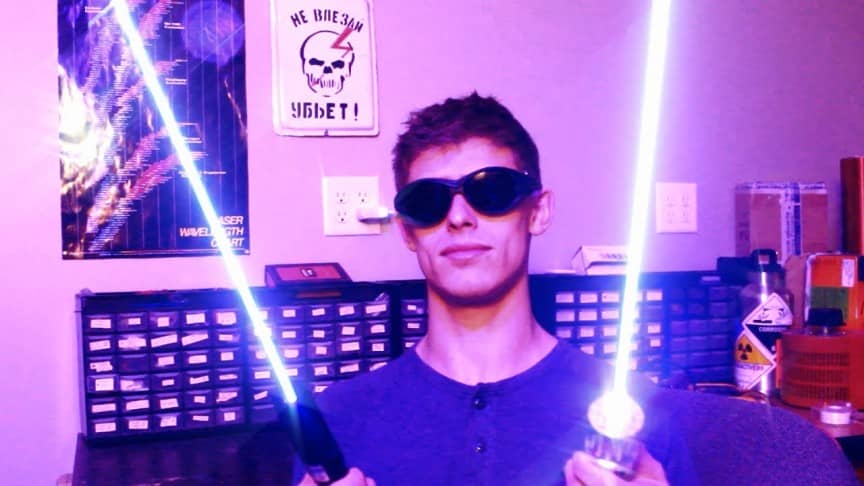 Did you know that selling a laser beam that is stronger than 5mW is illegal in the United States? Well, it is. But it appears that a lot of sellers on the eBay are not really worried about the federal law. The YouTube user Styropyro, an electronics guru, purchased a few laser kits to figure out what is going on. As it turns out, the lasers are quite dangerous, and some of them can even be lethal.

The lasers are so powerful that they can actually cut through the tape and even set matches alight. The video even shows the lasers being used to pop balloons. However, despite the strength that they exhibit; they are a bit junky. They are full of design flaws and not really that well-made either. Styropyro decides to upgrade the lasers resulting in a fun and dangerous experiment. He actually solved some of their design problems and improved them, thus making them more powerful.

The results of his experiment are quite impressively shocking. By simply flashing the laser onto the desk for a few seconds, he was able to make the desk catch fire. The new and improved lasers are actually capable of killing someone. What we are trying to highlight is the fact that the laws governing laser safety are quite incompetent when it comes to the lasers that are being sold online.