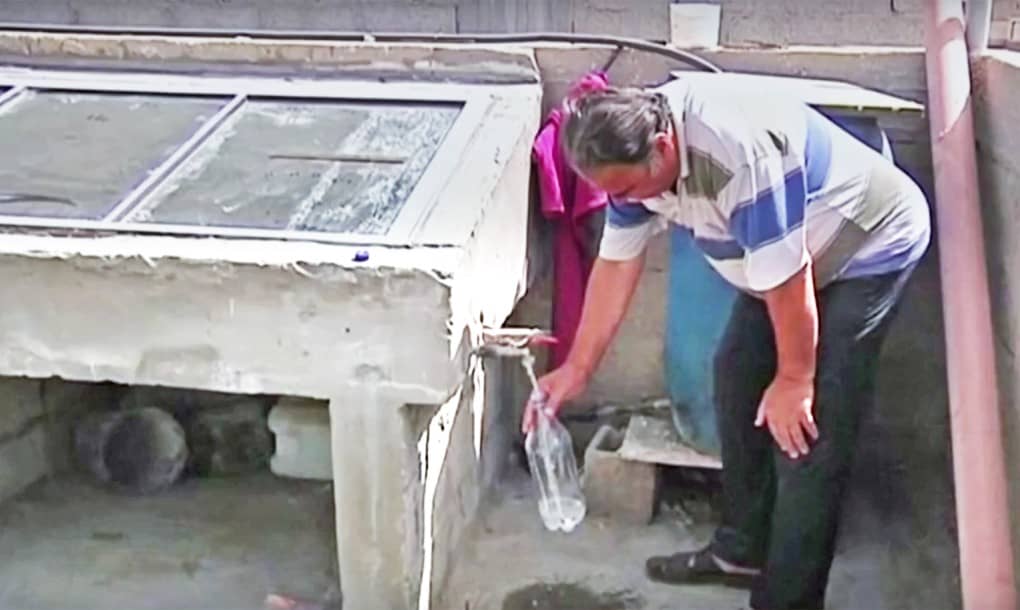 As is the case with every war torn region in the world, Gaza is also facing all sorts of humanitarian and nutritional crisis due to the six decades war that has been imposed on them. Recent reports have stated that Gaza is at great risk of running out of water, and up-to 90 percent of the water supply in the area has been declared unfit for human consumption. And as history is our witness, the resilient people of Gaza have always found a way to keep fighting for hope even in those deplorable condition, and the story of Fayez al-Hindi’s homemade distillation setup is just a continuation of the long story of defiance by the people of Gaza. This Gaza’s local has successfully created a solar-powered desalination device that can turn undrinkable water into clean enough H2O for people to consume.

In an area where there are too many things that are utterly inhumane, al-Hindi’s device has the potential to save many lives by providing clean water. He said in an interview that his device was inspired from the fact that sunshine is readily available in the area of Gaza. And like everyone in Gaza, he too has been severely affected by the lack of clean drinking water. So in a bid to counter this crisis, he created this DIY desalination tank that separates clean water from pollutants and salt. The inventor claims that his system can produce up to 2.6 gallons of water daily, which is good enough to cater for the water needs of his family.

Naturally, his water had to be tested before the method could be sanctioned as workable. So the Coastal Municipalities Water Utility tested the water and amazingly they found the distilled water to be safe enough for drinking. Lab technician Mohamed Abu Shamaleh who works at the Coastal Municipalities Water Utility termed the results as “fascinating”.

The man is already a hero, but he didn’t stop at that. He is now working hard to help other local residents build this kind of distillation systems in their own homes, hence enabling the distraught people of Gaza to live a better life. Considering the constant war that has torn this region apart, it is fair to assume that the city’s infrastructure will take years or decades to be repaired. Hence homemade help yourself projects like this water purification system may become essential to survival for thousands of people in Gaza. In a city where the pungent smell of fired ammunition litters the surrounding, this man’s genius is certainly a breath of fresh air and a cause of hope for the residents and humanity at large.

Have anything to add to the article? Comment below!