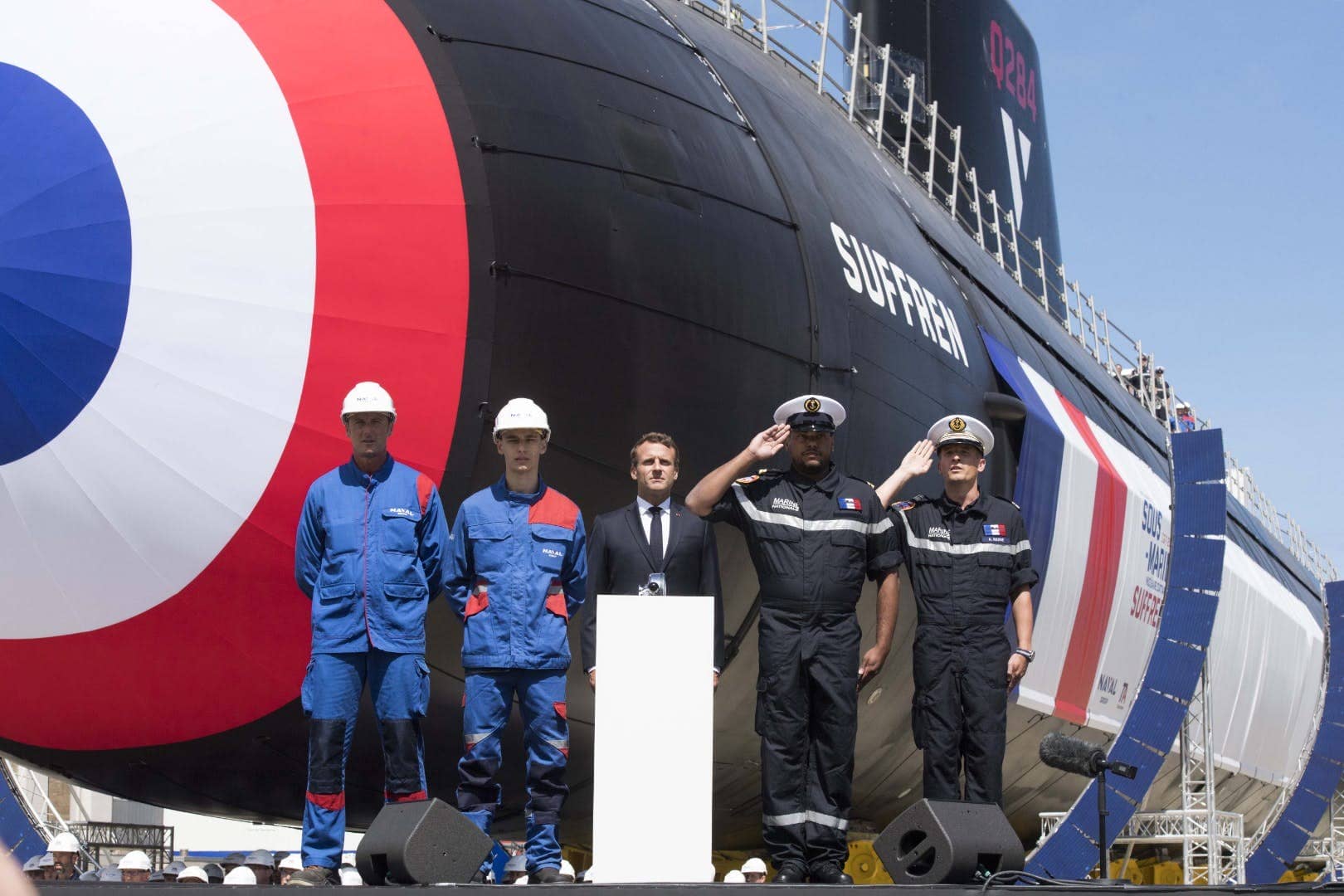 France has launched the very first next-generation nuclear attack submarine in a ceremony in Cherbourg. Only six of these submarines will be created. On July 12, 2019, President of the French Republic Emmanuel Macron presided the unveiling ceremony of SNA Suffren. SNA Suffren is the first of the Barracuda class that will be replacing the French Navy’s Rubis-class boats.

The ceremony was not a lunch ceremony, though. The SNA Suffren has been created using a modular system in a protected shed and considering that it can be moved using the modern machinery, there was no need for the traditional journey down the slipways that might damage its systems. So, instead of ‘launching’ it, the submarine has been transferred to a dry dock where it will undergo extensive testing before it goes afloat later this year and has its reactor brought online.

SNA Suffren, as mentioned earlier, is the first of the Barracuda class that will feature SNA Duguay-Trouin, Tourville, De Grasse, Rubis, and Casabianca over the coming decade. With a. cost of $11.1 billion, these will be replacing the old fleet of Rubis attack submarines that were manufactured in the 1980s under the banner of France’s Cold War defense forces.

The Barracuda-class sub is 99.5 meters long and 8.8 meters abeam with a surface displacement of 4,765 tons. It is nuclear-powered and runs using a 150-MW K15 reactor with propulsion that is delivered by a steam/electric hybrid system thus allowing it to attain submerged speeds of more than 25 knots and an unlimited range and diving time to depths of more than 300 meters. The actual mission endurance time is, however, limited to 70 days on account of food supplies for a crew of 60 persons plus a commando force. This endurance is double the endurance of the Rubis class.

The primary mission of the Barracudas is to offer protection to the seagoing French nuclear deterrent – in particular, the four nuclear missile submarines and the aircraft carrier Charles Degaulle. Furthermore, the Barracudas, including SNA Suffren will be taking on sea patrol duties, carry out reconnaissance missions, and also act as naval escorts.

Hervé Guillou, Chairman and Chief Executive Officer of Naval Group, said, ‘We are proud to have presented to the President of the French Republic the first submarine of the Barracuda-class, a symbol of our exceptional know-how and our ability to master the most advanced technologies and the most complex products. The construction of the Suffren is a collective success, the result of strong cooperation with our long-standing partners: the French Navy and the French Defence Procurement Agency (DGA), but also the Atomic Energy and Alternative Energies Commission (CEA), TechnicAtome and all the manufacturers of the sector. Now, we are all focused on finalizing the Suffren tests at the shipyard, with the start-up of the nuclear boiler room in the coming weeks, but also on producing the complete series. Maintaining our knowledge and adapting to new technologies are among our main priorities.’