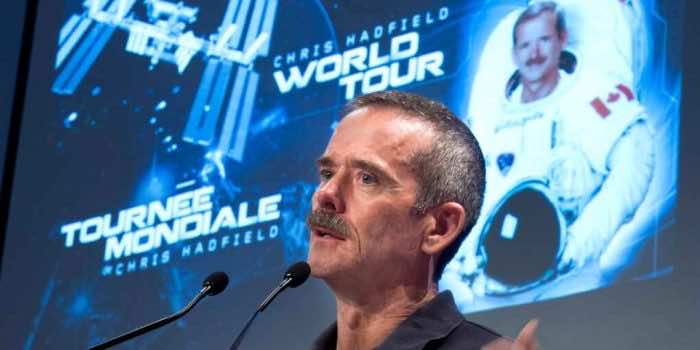 China and the United States of America are the two countries that are investing in relentless efforts to know more about space and sending satellites in outer space. The recent launch of the space station, Tiangong -3 by China has opened new avenues for space access. This has led the astronaut from Canada, Chris Hadfield to state that United States and China must engage in joint efforts with regards to their space endeavors.

However, the world does not abide by scientific ambitions only. There are multiple aspects of politics involved in these projects and trajectories to space. During the time of Obama, a law was drafted which stated that there will be no collaboration or joining of space teams of the United States and China because this will jeopardize US NASA’s place as the pioneer and champion in space projects.

The astronaut realizes that it will be a long time before any such circumstances are created that enable a coalition between the two countries. There is a need of better political conditions and willingness from both sides to get together for a common aspiration.

The precedence of such collaboration can be found in the historic Cold War between Russia and United States. During the time of tensions between the two countries, all other aspects of relations were compromised, and cordial relations had come to a halt. However, their joint project of launching Apollo and Soyuz together kept going on and was completed. This shows how political relations can be separated from scientific research and development. This political instability should not lead to hampered growth in other aspects. It will take an extensive series of efforts to even get on the road of the possibility of joint space projects. However, it is not impossible and there is a great chance that both countries will be able to reach their goals faster and more efficiently if their resources are pooled together.