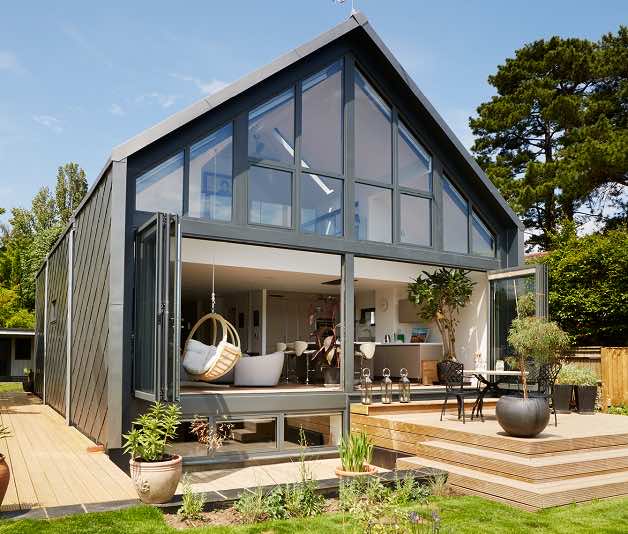 An object is amphibious if it can work effectively both on land and water. Amphibious homes aren’t exactly a popular idea, but it is a concept born out of necessity. Each year, natural disasters in the form of floods or typhoons are becoming more and more frequent due to climate change. The areas around the embankment have been under threat for quite some time, but now their existence is under threat more than ever. To counter this emerging threat, Baca Architects has constructed an amphibious home in Buckinghamshire on the banks of river Thames. But how does it work? The house appears like your average bankside construction, but it can float atop the water stream if it rises above the normal levels due to floodwater. It was tested for the river currents and their yearly rise and fall. It can rise up to three meters without moving away from the ground, and the residents don’t have to worry about their belongings at all. They also don’t have to flee and leave their houses in case of such an emergency. According to Richard Coutts, co-founder of the company, the house rises like a boat in the stream and will be able to keep all habitable places above the water level with ease. It is also quite spacious and comfy with three bedrooms, a pantry, office, dining room, and even a cinema and an entertainment area. It is designed to be a self-sustainable building that can provide housing and basic amenities in the times of crisis. In normal days, it is simply a luxury house! It can dial down the risk of floods to a great extent. We must first try to avoid natural disasters by fighting against climate change. These floating homes come as a second solution to reduce the destruction caused by these disasters.