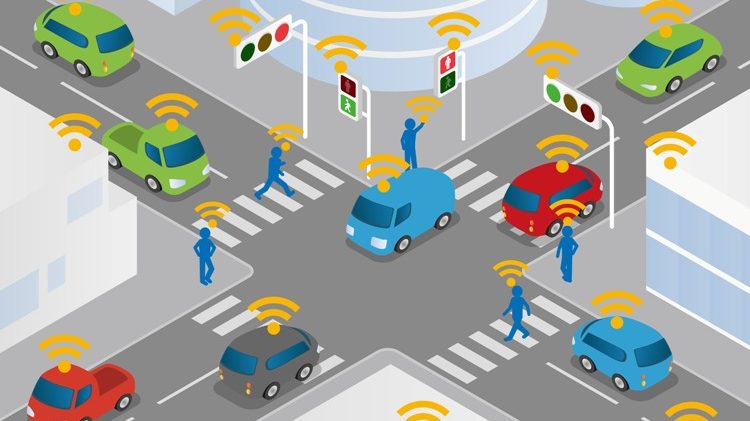 Once perfected, the technology behind autonomous vehicles will play an important role in streamlining traffic, reducing the number of accidents and making roads safer for drivers and pedestrians alike. However, smart cars are just one piece of a huge puzzle. For cars to work to their full potential and for us to take advantage of all their features, road infrastructure also needs to be improved and adapted. This is an area that the European Commission wants to invest heavily in.

In line with the “Europe on the Move” initiative, the EC has proposed the allocation of €421 million for 69 key projects that will improve mobility for citizens, connect smart cars with smart motorways and increase road safety for everyone. Of the proposed €421 million, €71.4 million will go to innovation and new technologies, since The Innovation and Networks Executive Agency (INEA) has been requesting infrastructure improvements in Europe for several years now.

Road fatalities in Europe: does Europe have the safest roads in the world?

According to a report released by the European Commission in 2018, Europe is the safest continent in terms of road accidents. The average of 49 road deaths per million inhabitants is the lowest in the world and the number of road accidents has also been declining steadily in the past years. The EU has applied a series of concrete measures and issued actionable road safety guidelines for its member states, and, in time, this has led to an increase in the overall road quality.

However, the fact that it is up to each member state to implement road safety measures and invest European funds has generated some inconsistent results and many times there’s a huge gap between the fatality rate in rich and poor countries.

For example, the UK has reported the best road safety results in the EU – 28 million deaths per million inhabitants. Closely behind is Ireland, where road accident claims have dropped significantly and there are 31 million road fatalities per million inhabitants. Denmark, Sweden, Slovenia, and Lithuania have also taken extensive safety measures and encouraged infrastructure innovations that decreased the number of deaths.

At the other end of the scale, however, there are member states like Romania, Bulgaria, Latvia, and Croatia, where road fatalities remain a massive problem and innovations aren’t that easily implemented. This is an area that will need closer supervision if the European Commission wants to achieve homogenous results.

ITS systems are overcoming the initial challenges

The initial deployment of Intelligent Traffic Systems (ITS) didn’t go very smoothly in Europe, mainly because of the high maintenance costs and problems with real-time data capture. However, as technology evolves, these systems are becoming more and more accurate, especially in the field of freight transportation, which has one of the highest injury risks.

At the ITS Congress in Europe, the largest event entirely dedicated to smart mobility and digitalization of transport, which took place between 3-6 June this year, more than 1,200 delegates from 50+ countries discussed the future of European motorways and the innovations that could make roads safer for drivers and pedestrians.

Smart motorway features that could reduce road fatalities by half

As part of the smart city concept, the European Commission wants to make smart motorway features more accessible and thus reduce road fatalities by half until 2022.

The conversion of European highways to smart motorways started a few years ago and several member states boast long stretches of roads with innovative features such as variable speed cameras that help clear the traffic in busy areas, or additional running lanes that decongest traffic. Although these improvements focus more on clearing the roads, they will play a part in reducing the incidence of minor accidents. For example, the Finnish Transport Agency’s intelligent road Aurora was opened in 2017 to test the behavior of smart vehicles in various weather conditions and the way they interact with the driving network.

Thanks to IoT technology, member states could also improve infrastructure because the sensors placed on roads can report traffic patterns or a decrease in road quality. By analyzing this data, they can then develop smart systems that make driving safer and more comfortable. The Netherlands, for instance, announced that they would build a sector of heated road that will be free from ice and snow in the winter.

Apart from these innovations, the EU has also addressed the number one cause of road fatalities: speeding. To align modern road infrastructure with the safety systems fitted on modern vehicles, the EU agreed that all new vehicles sold in Europe after 2022 be fitted with Intelligent Speed Assistance (ISA). ISA is a speed-limiting technology where a GPS detects the local speed limit and sends a signal to the car to limit its maximum speed. Although the driver can override this signal, experts estimate that this change alone could reduce road fatalities in the EU by 20% and prevent up to 150,000 road-related injuries. Since these features will be mandatory on all new cars, drivers of all cars will have the possibility to add them to their vehicles as well, so that they don’t have to buy new ones.

Safety technology is already mainstream on intelligent cars but, by passing road safety legislation, the EU intends to make it more widespread and create a standardized environment that prioritizes driver and pedestrian safety.

Apart from encouraging innovation, the EU also plans to reach its goal by strengthening drunk driving penalties. For the near future, the EU wants to pass legislation that will allow car makers to fit ignition interlock devices preventing drivers to start their cars if they consumed alcohol. According to EU Commissioner El?bieta Bie?kowska, the long-term goal for these measures is to bring Europe one step closer to the Vision Zero’ plan – zero road fatalities by 2050.