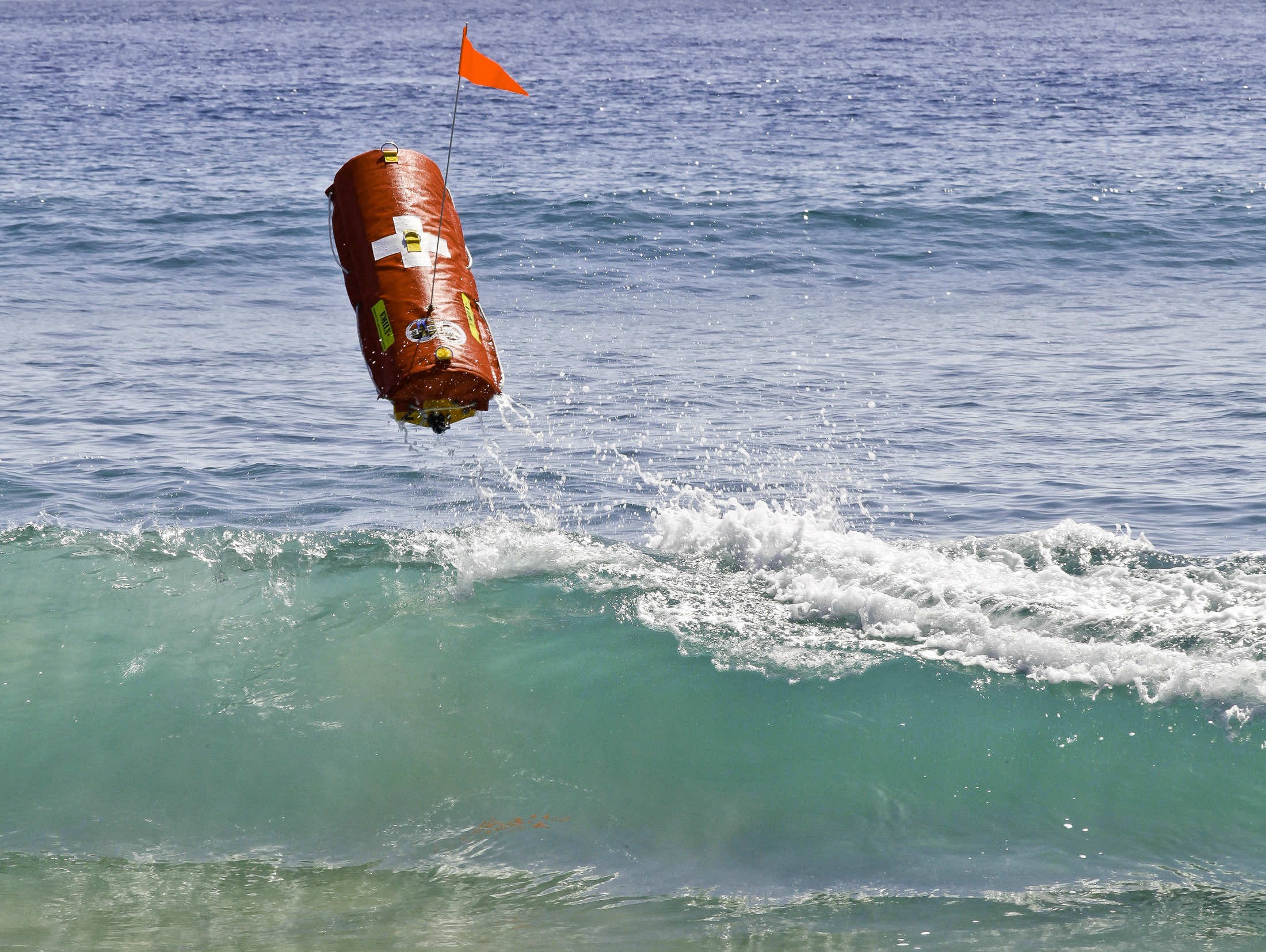 Emily, a robot launched from the helicopter might be able to help the refugees in peril on the sea.  The robotic lifeguard can find its way through 30-feet tall waves and shatter reefs and rocks.

The island of Lesbos, Greece faces a surge of more than 2000 migrants daily. The community has witnessed the horrifying plight of the refugees as they try to reach safety in unreliable boats, often capsized in the rough waters of the Mediterranean Sea.

An Arizona-based company, Hydronalix took on the challenge to develop a system to ease the predicament of refugees. Dubbed EMILY, the remote-controlled robotic lifeguard recently demonstrated its abilities by saving 3900 Syrians from the raging waters.

The lifeguard robot took 15 years of intense research and exhaustive development. Initially, EMILY was tested on the marine mammals whereby it helped the researchers in monitoring the whale activity. Director SBIR, Bob Smith, commented on the intensive work that went into the creation of EMILY

“EMILY’s 15-year progression is inspiring. From whale-monitoring efforts, to supporting warfighters in harm’s way, to impacting global humanitarian efforts, EMILY is a classic overnight success story years in the making.”

EMILY is virtually indestructible with its Kevlar and aircraft-grade structure. The remote-operated robot decked in neon orange and yellow is 4-feet in length and weighs around 25 pounds. Propelled by a jet engine system, EMILY can travel up to 22 miles/hr. Equipped with the live feed video transmission, and lights for managing rescue operations during the night, EMILY can be launched via a helicopter, to be driven remotely.

Mulligan started working on EMILY in 2001, with grants from ONR and SBIR. Initially, the project was focused towards the development of a smart UAV to record the whale activity during the sonar test being conducted by the Navy. Later, the UAVs were adapted to carry out aerial surveillance in Afghanistan and Iraq.

The work for the development of an on-surface rescue robot began in 2011. Till date, approximately 260 EMILY robots have been delivered to the search-and-rescue organization across the globe including units from the UK, South Korea, Brazil, Greece, and Singapore. EMILY and other devices from the line-up will be demonstrated publically in Maryland during the Naval STEM Expo 2016.

EMILY can be seen action in this video: